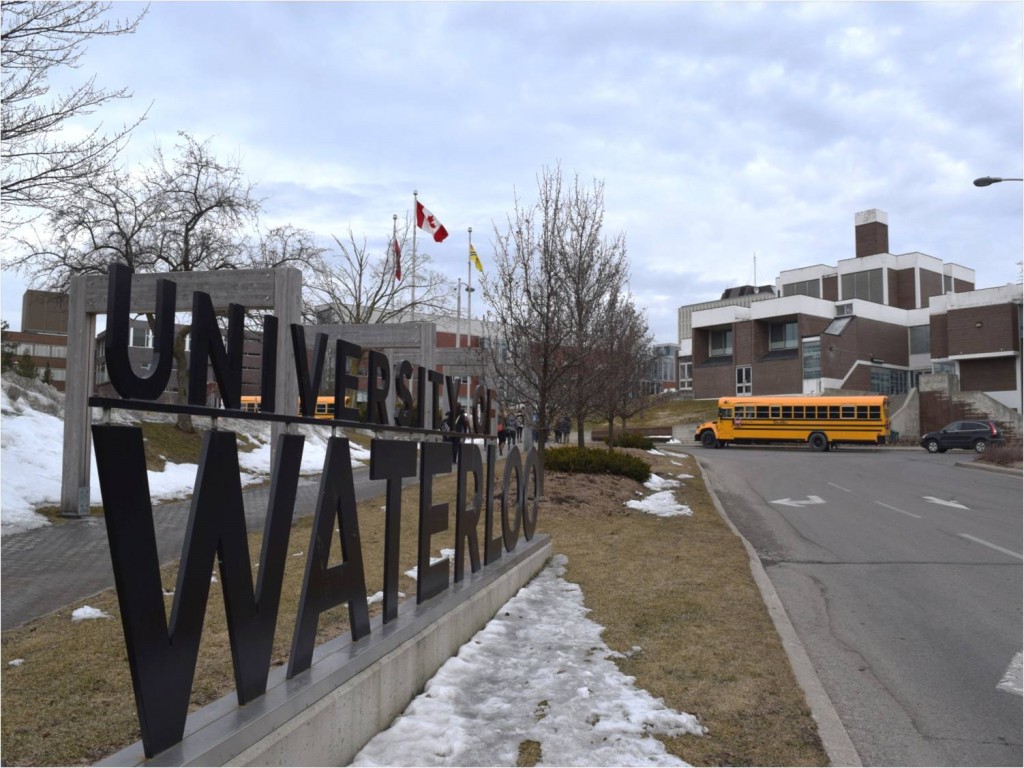 Behind the scenes: Microbial biogeography of a university campus

My name is Ashley Ross (@ashanneross) and, during my final year as an undergraduate student in the Department of Biology at the University of Waterloo, I began to wonder which microorganisms I was contacting on a daily basis while on campus. Every day on my way to the lab, or lecture, I touched a multitude of surfaces that were also contacted by thousands of other students, staff, and faculty. In particular, entrance door handles, which are relatively small surface areas that are contacted frequently, represent a built environment bottleneck for microbial transfer. Together with my supervisor, Josh Neufeld (@joshdneufeld), we wondered about door handles as they distributed across an entire campus. Are door handles temporally variable, such that the last person who touched them erases prior handle microbes? Or would each door handle community remain relatively stable over an academic term? How would the communities look between buildings or faculties? We decided to find out. 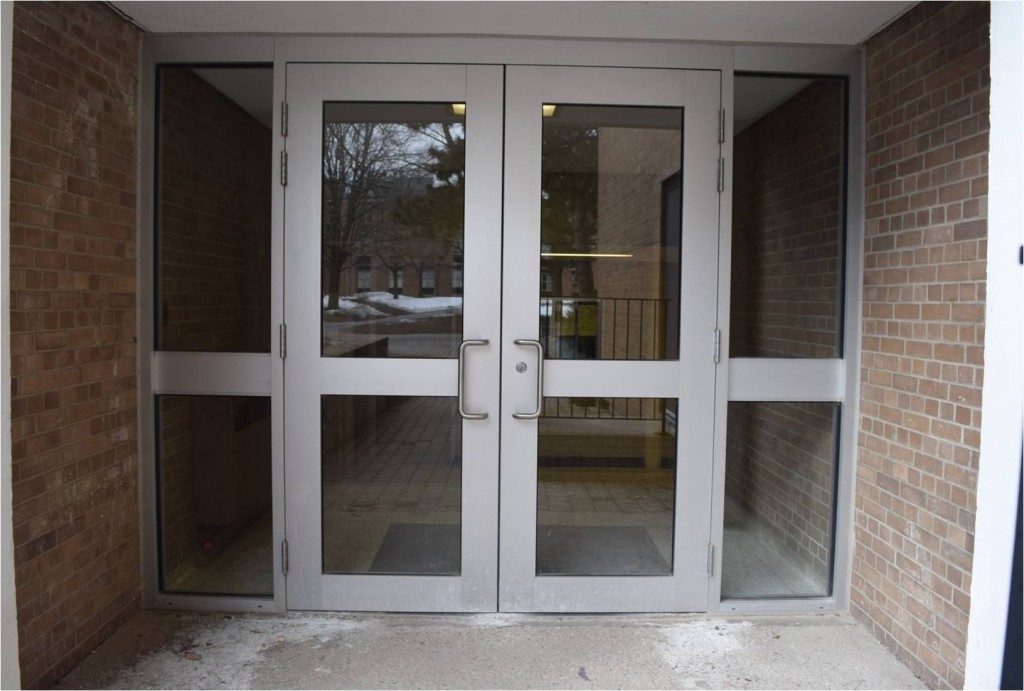 On three different days in the Fall 2014 term, I swabbed two exterior door handles from each of the 65 buildings located on campus. Although it would have been easier to delegate the sampling process to volunteers, I decided to swab each of the 390 door handles myself to ensure consistent pressure and technique. Nonetheless, a magnificent set of seven volunteers shared shifts accompanying me to record metadata and carry the swab cooler. During our “field season” we had several fascinating conversations with members of the Waterloo community, especially because sampling occurred during the peak of the Ebola outbreak in 2014. While we sampled, several people actually expressed concern that Ebola had arrived on campus and that we were assessing the spread of the virus – we had neoprene gloves on after all! An additional frequent interaction during sampling involved the infamous politeness of Canadians. People were constantly waiting to hold the door open for me, and became confused when I didn’t want to actually enter the building. Similarly, many were confused when I would not hold the door open for them. These situations led to many interesting conversations with the public about our project and microbiology in general.

After we finished sampling, we extracted DNA from our swabs and used high throughput sequencing of ribosomal RNA genes to investigate the bacteria and archaea present on the handles. We found that university doors contain a vast diversity of organisms: 716 genera were found from 47 phyla. Staphylococcus epidermidis, Streptococcus, Sphingomonas, Alicyclobacillus, and Methylobacterium were found on every single handle and, as expected, the majority of the abundant organisms were associated with human skin. Other sources included soil, plants, and food deposited from hands. For example, the most abundant archaeon was Halalkalicoccus jeotgali, which is an organism originally isolated from fermented Korean food. Interestingly, door handles from individual buildings were relatively stable over the four weeks. In some ways, some of the university buildings were akin to “microbial islands”, like the math building (MC) for some reason… The amount of people to use a door also had an influence on the community, as did the presence of accumulated debris that would transfer to the swab. Interestingly, convocation day was accompanied by a substantial jump in microbial diversity on the buildings where convocation was held – no surprise there, but good to see. Two weeks later the diversity had returned to its original levels on those door handle surfaces.

One particularly interesting building was the Grad House, which is a student pub. The front door is the entrance that is frequently used by patrons; the back door is rarely touched. Samples from each door grouped distinctly, such that the front and back doors were consistently distinct. The back door samples looked like other infrequently used (and debris associated) door handles and the front door looked like other high-throughput door handles that were relatively “clean”. In this way, the Grad House was like a microcosm of the University as a whole, reflecting the take-home findings of our paper. If door handles are frequently touched, they have a typical skin microbial community and less accumulated debris. Door handles that are infrequently touched begin to accumulate debris (dust and/or soil? microbial growth in deposited oils?), look a little less like skin, and tend to have higher biomass.

When I discussed my project with people while sampling, the most common response I received was “Ick! Should we not touch door handles, or should I only handle the top portion? I don’t even want to know what you found!” If the public, and undergraduate students, take away anything from this study, I hope that it isn’t a phobia of microbes on door handle surfaces. The vast majority of sequences I found were from organisms that are not known to cause illness. Instead, many of these bacteria live on our skin and protect us from getting sick, they are decomposers in the soil that return nutrients to plants, they help create the delicious fermented foods that we love to eat. Most of these microorganisms are our friends and improve our daily lives. In short, next time I come to a door handle, I’ll grab it by the centre, and embrace the Canadian custom of holding the door open slightly too long for the pedestrian behind me to enter. Oh, and of course I will continue washing my hands after being in public spaces, especially during flu season, which is now upon us.

Interested in reading more? The results of our campus survey are published open access in the journal Microbiome, in a special issue on the microbiology of the built environment. Building on this initial university campus foray, Ashley Ross continues to swab surfaces as a graduate student in the Neufeld lab, investigating the mammalian skin microbiome. Stay tuned! 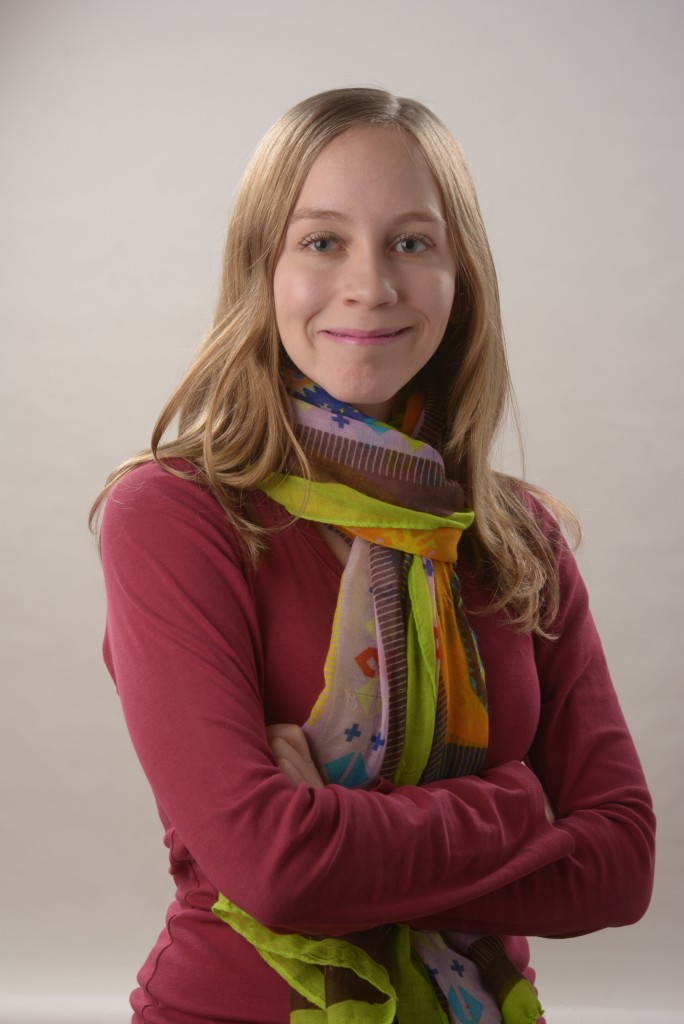