The microbiology of the Built Environment network (aka microBEnet) is a project funded by a grant from Alfred P. Sloan Foundation’s Program on the Indoor Environment to Jonathan A. Eisen at the University of California, Davis.   The main goals of the microBEnet project are to:

1.    Catalyze communication and collaboration among researchers funded in the Sloan Program on the Indoor Environment.
2.    Reach out to researchers in related fields (e.g., microbial ecology, building sciences) and provide them with resources that would help them begin to study microbiology of the built environment.
3.    Provide outreach to “stakeholders” outside of these fields (e.g., the general public, funding agency representatives, government staffers)

A key collaborator on the project is Hal Levin at the Building Ecology Research Group.

Background
The average North American spends around 90% of their time indoors. We eat, sleep, work, and often play indoors. Yet only in the last few years has there been a concerted effort in the scientific community to categorize and investigate all the bacteria, viruses, and fungi that live in our buildings. 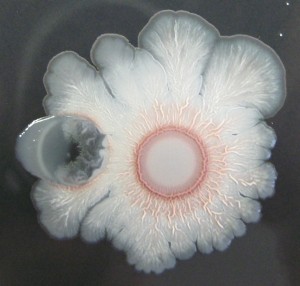 Recent advances in both technology and biology have caused an explosion of research into microorganisms found miles underground, in deep ocean vents, and in other inhospitable environments. However, these same powerful tools are only beginning to be applied to the humble buildings and other constructed facilities where we spend our lives.

Sloan Foundation Program
To address this research gap, the Alfred P. Sloan Foundation has initiated a multi-million dollar effort to better understand the microbiology of buildings. Called the “Microbiology of the Built Environment program” this effort brings together biologists, engineers, architects, and others in order to understand what microbes are present in buildings and how they interact with each other and with humans.

Researchers working on this interdisciplinary effort are located around the United States and the world, and focus on topics ranging from the development of better sensor technologies to investigating the microbial communities of retail stores. With improved knowledge of the microbes in the built environment, we could see major changes in everything from architecture to preventative medicine to biodefense to energy efficiency.