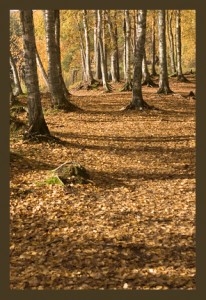 Going for a walk or drive in the country and viewing the fall colors when the leaves turn in the Boston area is a favorite pastime of residents of and visitors to the area. Leaf mold associated with autumn leaves in Massachusetts may have gotten into the indoor environment of the New England Compounding Center of Framingham, Mass., the source of a steroid used to treat back pain.

The F.D.A. warned that some vials of steroids used to treat back pain had become contaminated with leaf mold. These injections have been associated with meningitis. according to the Associated Press report published October 3rd.

According to the AP story, it “…became apparent Thursday that hundreds, and perhaps thousands, of people who got the shots between July and September could be at risk. Officials disclosed that a steroid suspected in the fungal meningitis outbreak in the South had made its way to 75 clinics in 23 states.”

So the connection between the indoor environment where drugs are prepared and the microbes commonly found outdoors can be important and more attention is likely to be paid to it in the future.

2 thoughts on “When leaf mold gets in your steroid injection”