Just saw the abstract of this paper: The effects of climbing vegetation on the local microclimate, thermal performance, and air infiltration of four building facade orientations that was published 3/19 in Building and Environment.  Authors are Irina Susorova, Parham Azimi and Brent Stephens.  I am intrigued from reading the abstract (I don’t have access to the whole paper).  The abstract is pasted below and I have highlighted a few  parts.

The use of climbing plants and other vegetation types as part of building enclosures has been shown to improve facade thermal performance under certain conditions, although detailed measurements of the impacts of plants on wall shading and local environmental conditions under multiple orientations in real buildings are currently lacking. Therefore, this article presents results from a series of experiments conducted on bare and ivy-covered sections of four pairs of walls of different orientations on existing university buildings during summer conditions in Chicago, IL USA. Over a period of nine days the research team monitored how existing plant layers impacted facade exterior surface temperatures, heat flux through the walls, localized outdoor air temperatures, relative humidity, absolute humidity, and air velocity immediately adjacent to the facades. Changes in nearby air temperatures and air velocity were also used to estimate the impact of the vegetation layer on air infiltration under hypothetical airtightness scenarios. The experimental results demonstrated that the ivy layers reduced exterior surface temperatures by an average of 0.7°C across all facades (12.6°C hourly maximum), depending on orientation and time of day. The ivy layers were estimated to yield a 10% reduction in heat flux through the opaque walls on average for the duration of the experiment, although again varying by orientation and time of day. These findings are consistent with other recent studies. The plant layers also reduced outdoor air temperatures immediately adjacent to the facades by 0.8-2.1°C, on average and varying with facade orientation. Relative humidity was higher inside the vegetation layers, but absolute humidity was actually not affected. Finally, the plant layers were also shown to lead to reductions in wind speeds immediately adjacent to the facades (averages ranging from 0% to 43%, depending on facade orientation and the presence of nearby obstructions), which when combined with measured differences in adjacent air temperature, were estimated to lead to an average reduction in air infiltration rates per unit wall area of 4-12%. Results herein provide further evidence that ivy walls can lead to small energy savings during summer conditions by solar shading and new evidence that additional energy savings may be achieved by reduced air infiltration rates because of the vegetation.

When I read papers like this, as an obsessed microbial diversity person, my first thought is almost always – “What about the microbes?”  Not sure what could / would be done here to address my question but it seems that this system could be used to ask and answer some questions about how microbiomes are affected by plant layers.  Here’s hoping Brent Stephens is thinking about the same thing, as he has a new grant from the Sloan Foundation to work on some things connected to microbiomes of the built environment.  And he has written a few posts here so maybe I can get him to comment about this paper …

Brent Stephens has provided a link to a PDF of a preprint of the paper. 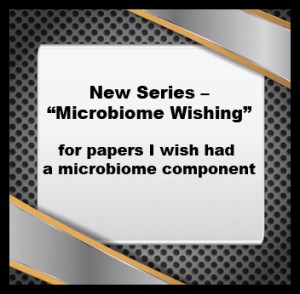