One of the unmet challenges to the Sloan Foundation’s Microbiology of the Built Environment (MoBE) program is the sharing of the results of the Foundation-funded studies as well as other studies of the indoor and built environment microbiome.

At the American Society for Microbiology’s annual conference in Boston last week, I was impressed by Pieter Dorrestein’s description of his lab’s web-based resource for posting and sharing crowd-sourced MS data. It seemed to take full advantage of social media and web-based communication to facilitate the sharing of resources among scientists looking at the chemistry of microbial DNA.

(Bacteria share in communities through chemical signals, a process commonly referred to as “Quorum sensing.” See the Wikipedia entry here)

Dorrestein described many multi-party communication features integrated into his lab’s ‘tool’ to enable those who post or visit or download to share, update, and keep informed. It seemed to epitomize many of the Sloan Foundation’s MoBE program goals and many of microBEnet’s in particular.

Dorrestein’s talk in the “BIG data microBiology” symposium chaired by Rob Knight was about sharing mass spectrometry (MS) data, but his lab works on microbes using both MS and genome-based methods. It seems an obvious way to make the link between the chemistry and the genetics of bacteria in communities — to see not only ‘who is there’ but also ‘what they are doing.’ His lab’s web site is Pieter Dorrestein’s lab web site. His presentation on the interactive, crowd-sourced on-line repository for MS-based identification was very impressive to this non-microbiologist. I wonder whether it could be applied to the microbiology of the indoor environment.

The tool for sharing MS data looks incredibly useful itself and as a possible model for the gene-sequenced based data from the MoBE program and beyond. Maybe we can explore development of this tool for the Sloan MoBE program.

Dorrestein’s lab is at the University of California San Diego. When I browsed his lab web site to see what I could find out, I came upon what looked to me like a useful resource link to the SIB Bioinformatics Resource portal, link. The self description is as follows: “ExPASy is the SIB Bioinformatics Resource Portal which provides access to scientific databases and software tools (i.e., resources) in different areas of life sciences including proteomics, genomics, phylogeny, systems biology, population genetics, transcriptomics etc…. On this portal you find resources from many different SIB groups as well as external institutions.”

If you want to read more about his lab’s use of mass spectroscopy, check out the following papers from Dorrestein’s group listed on the lab’s web site:

Of course, like many things one finds on the web, there are issues of accuracy and reliability, but by crowd-sourcing, the web site is building a community presumably achieving some built-in QA and QC characteristics. As long as people feel free to engage in critical dialogue, a part of any healthy scientific exchange, progress will be made, learning will occur, and quality can improve. 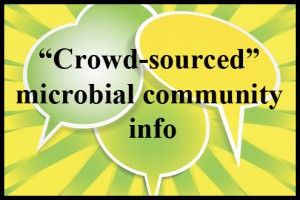