I recently started thinking about becoming more active on Twitter, but I’m not sold on it. I’m purposely bringing this up in this forum because I know there are lot of microbe.net readers who are also active Twitter users, so I’m hoping to spark a discussion. Here’s why I’m interested in Twitter, and why I’m concerned about using Twitter (or a tool like it) for communication about science.

There’s no question: if you want to reach a lot of people with an idea (granted a biased sample of the population that you’re probably aiming to reach) Twitter is great. For example, when @phylogenomics tweeted about my new online bioinformatics textbook, traffic on the book’s website (and my inbox) spiked. That’s awesome.

The problem though is that it’s really easy for someone to detract from an idea on Twitter, and subsequently much harder to defend that idea in 140 characters (as in general it’s harder to defend an idea than it is to detract from one). If I tweet about an idea and someone questions a core component of it, I can try to tweet an accurate and comprehensive reply. But what are Twitter followers going to remember: the detraction, or the likely insufficient reply (ideally, of course they’d go to the source and form their own opinions)? My concern, and the reason why I’m not sold on Twitter, is that I think most readers will only remember the detraction because, by virtue of being easier to compose, a 140 character detraction of an idea will often sound more convincing than the 140 character reply.

As scientists, I think we should use Twitter (or tools like it) not to have scientific discussions, but instead to initiate and make people aware of scientific discussions. I’m really excited about some new features that are popping up on journal websites, such as PeerJ and eLife, including threaded reddit-style discussions about papers and open reviews. And it’s no secret that I love GitHub, and the GitHub issue trackers are a great place to have discussions about software (as are user/developer mailing lists, Google Groups, etc). So, maybe if someone has a question about an idea I’ve presented in a paper that I tweet about, or a decision I made in a software package, the way to go is tweet with a link to that question as a PeerJ comment or GitHub issue (for example). That way we can reach potential participants via Twitter, but can discuss the idea in more than 140 characters.

So in summary, I’m not completely sold on using microblogging for science, but I think it may be a useful part of the tool kit. Is using Twitter to share science but not discuss science what people are already doing (admittedly I’m a little late to the Twitter party)? Am I just overthinking tweets which are supposed to fly by in an instant (again, I’ll admit that I’ve spent over 10 minutes composing tweets, including getting input from my employees)? Being able to instantly reach thousands of people with an idea, or to plug a new paper or software project, is extremely powerful. However, I also think it’s scary to put your ideas in a forum where they’re subject to public criticism that you can’t adequately respond to. Where’s the balance?

Thanks to Jai Rideout (@squirrelista), John Chase (@ChaseJc33) and Audrey Owens for input on this post (but I note that the opinions presented here don’t necessarily reflect theirs). I also found Bik and Goldstein 2013 to be useful reading while composing this post. And, for the sake of irony, you can find me on Twitter at @gregcaporaso. 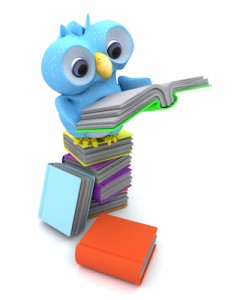