Back in May, I had the pleasure of attending a talk at ASM 2014 by Didier Raoult on the the importance of culturomics. At one point in the talk he mentioned that they just came out with a paper that showed that they could get anaerobes to grow in the presence of oxygen if you supplied antioxidants to the media.

Different ways of culturing anaerobes came up in lab the other day reminding me to read the paper that had come out back in May. The 2014 preliminary report  showed that the addition of high concentrations of ascorbic acid and/or glutathione allowed growth of strict anaerobic bacteria in aerobic conditions because the antioxidant molecules deplete oxygen.

Although antioxidant use has been previously utilized in anaerobic culturing, they have not been used at such high concentrations and with such drastic results. Raoult found that ascorbic acid at 1 mg/ml or 0.5 mg/ml each of ascorbic acid and glutathione allowed anaerobic growth in aerobic conditions.

These new findings are exciting as not all laboratories are equipped with the proper technical requirements and oxygen toxicity during transport will kill most obligate anaerobes. These new findings will allow for more labs to join in the cultivation of strict anaerobes that are often found in the human microbiome, food bourne infections, brain abscesses, and lung infections.

Jennifer Flanagan is an undergraduate in Jonathan Eisen’s lab, working on aquariums as part of the microbiology of the built environment 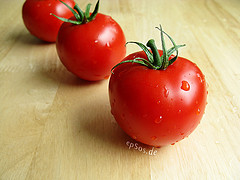 2 thoughts on “Antioxidants: Their role in Anaerobic Culturing”