Just in time for the long weekend (where we all will be catching up with the literature – ahem), here is another collection of recent papers about microbiology of the built environment. The first paper is about the mattress microbiome, so the video song Jump from Glee came to mind (“Here at Mattress Land we believe that mattresses are not just for sleeping and fornicating anymore.”).

First, some papers about the great indoors:

Open Access: Bacterial Exposures and Associations with Atopy and Asthma in Children – Maria Valkonen – PLOS ONE 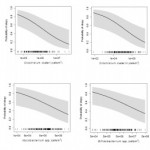 DGGE was applied to mattress dust samples of farm children and control children…. Quantitative DNA based assays (qPCR) for four bacterial groups were applied on the dust samples to seek quantitative confirmation of associations indicated in DNA fingerprinting….. Several statistically significant associations between individual bacterial signals and also bacterial diversity in DGGE and health outcomes in children were observed. The majority of these associations showed inverse relationships with atopy, less so with asthma. Also, in a subsequent confirmation study using a quantitative method (qPCR), higher mattress levels of specifically targeted bacterial groups – Mycobacterium spp., Bifidobacteriaceae spp. and two different clusters of Clostridium spp. – were associated with a lower prevalence of atopy. 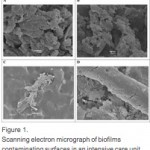 The intensive care unit (ICU) of a tertiary referral hospital was decommissioned and the opportunity to destructively sample clinical surfaces was taken in order to investigate whether multidrug-resistant organisms (MDROs) had survived the decommissioning process and whether they were present in biofilms….Multidrug-resistant bacteria were cultured from 52% (23/44) of samples cultured. S. aureus PCR was positive in 50%. Biofilm was demonstrated in 93% (41/44) of samples by CLSM and/or SEM. Pyrosequencing demonstrated that the biofilms were polymicrobial and contained species that had multidrug-resistant strains. 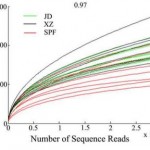 …we raised BALB/c mice under three distinct environmental conditions: a specific pathogen-free animal room (SPF), a general animal room (XZ) and a farmhouse (JD). … Using high-throughput sequencing of the 16S rRNA gene, we found that each mouse group had a specific structure of the gut microbial community. Groups JD and XZ harboured a significantly more diverse and richer gut microbiota than did group SPF….. Total serum immunoglobulin E (IgE) levels were significantly lower in groups XZ and JD than in group SPF. 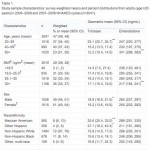 Here are some new papers about drinking/recreational water: 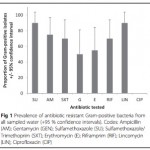 Multi-drug resistant (MDR) bacteria, including resistance to tetracycline, were isolated from treated and untreated water distribution systems in southwest Nigeria. MDR bacteria were resistant to >3 classes of antibiotics based on break-point assays. Isolates were characterized using partial 16S rDNA sequencing and PCR assays for six tetracycline-resistance genes. Plasmid conjugation was evaluated using E. coli strain DH5Î± as the recipient strain…… This study found a high prevalence of plasmid-encoded tet(A) among Alcaligenes isolates, raising the possibility that this strain could shuttle resistance plasmids to pathogenic bacteria. 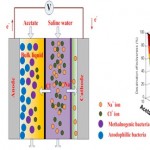 This work presents a mathematical model to simulate dynamic behavior of MDCs for the first time through evaluating multiple factors such as organic supply, salt loading, and current generation. Ordinary differential equations were applied to describe the substrate as well as bacterial concentrations in the anode compartment. Local sensitivity analysis was employed to select model parameters that needed to be re-estimated from the previous studies….It was able to predict the response of the MDC with time under various conditions, and also provide information for analyzing the effects of different operating conditions. 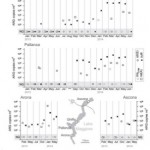 Although of diverse origin, the persistence of ARGs in aquatic environments is highly influenced by anthropic activities, allowing potential control actions in well-studied environments. However, knowledge of abundance and space-time distribution of ARGs in ecosystems is still scarce. Using qPCR, we investigated the presence and the abundance of twelve ARGs … at different sampling sites, depths and seasons, in Lake Maggiore, a large subalpine lake, and in the area of its watershed. We then evaluated the correlation between each ARG and a number of ecological parameters in the water column in the deepest part of the lake.

Finally, some papers about microbiology of corroded or polluted sites: 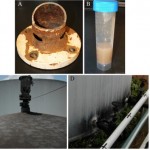 Reports of suspected MIC in systems handling FGE and water prompted an investigation of the microbial diversity associated with these environments. Small subunit ribosomal RNA gene pyrosequencing surveys indicate that acetic-acid-producing bacteria (Acetobacter spp. and Gluconacetobacter spp.) are prevalent in environments exposed to FGE and water. Other microbes previously implicated in corrosion, such as sulfate-reducing bacteria and methanogens, were also identified.

Paywalled: An in-depth analysis of actinobacterial communities shows their high diversity in grassland soils along a gradient of mixed heavy metal contamination – TomÃ¡Å¡ VÄ›trovskÃ½ – Biology and Fertility of Soils 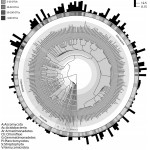 Several previous studies indicated that Actinobacteria may be enriched in soils with elevated content of heavy metals. In this study, we have developed a method for the in-depth analysis of actinobacterial communities in soil through phylum-targeted high-throughput sequencing and used it to address this question and examine the community composition in grassland soils along a gradient of heavy metal contamination (Cu, Zn, Cd, Pb). The use of the 16Sact111r primer specific for Actinobacteria resulted in a dataset obtained by pyrosequencing where over 98 % of the sequences belonged to Actinobacteria.