This week’s papers are about microbes found on hospital doorknobs, spacecraft assembly cleanrooms, a painting by Leonardo da Vinci, in waste water, and in creosote-treated wood composting. I could not find a song about the specific painting featured here, but Panic at the Disco had a song about another famous painting by LdV: The Ballad of Mona Lisa. 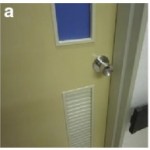 (…) We monitored doorknob contamination in a university hospital using an ATP bioluminescence assay and stamp agar method. We selected grip-, lever-, push-, insert-, and two-pull-type doorknobs in staff lavatories and break rooms, a linen closet, dirty utility rooms, a newborn care unit, clinical lavatories and examination rooms, dressing rooms for radiological tests, and lavatories for health examination, as monitoring points in wards and clinics. Sequential monitoring with an ATP assay (six times) and culture (once) were performed at the same time of day in autumn, winter, and summer. (…) Our findings confirm the need to improve routine decontamination in clinical departments. 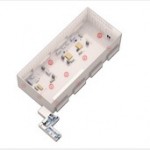 (…) Here, we examined the input of intact microbial cells from a surrounding built environment into a spacecraft assembly cleanroom by applying a molecular viability assay based on propidium monoazide (PMA). The controlled cleanroom (CCR) was characterized by ~6.2*103 16S rRNA gene copies of intact bacterial cells per m2 floor surface, which only represented 1% of the total community that could be captured via molecular assays without viability marker. This was in contrast to the uncontrolled adjoining facility (UAF) that had 12 times more living bacteria. Regarding diversity measures retrieved from 16S rRNA Illumina-tag analyzes, we observed, however, only a minor drop in the cleanroom facility allowing the conclusion that the number but not the diversity of microbes is strongly affected by cleaning procedures. (…) 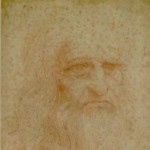 Leonardo da Vinci’s self-portrait is affected by foxing spots. The portrait has no fungal or bacterial infections in place, but is contaminated with airborne spores and fungal material that could play a role in its disfigurement. The knowledge of the nature of the stains is of great concern because future conservation treatments should be derived from scientific investigations. The lack of reliable scientific data, due to the non-culturability of the microorganisms inhabiting the portrait, prompted the investigation of the drawing using non-invasive and micro-invasive sampling, in combination with scanning electron microscope (SEM) imaging and molecular techniques. The fungus Eurotium halophilicum was found in foxing spots using SEM analyses. (…) Swabs samples showed a high abundance of lichenized Ascomycota, while the membrane filters showed a dominance of Acremonium sp. colonizing the drawing. 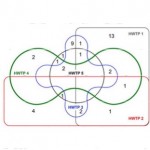 To evaluate the diversity of Pseudomonads and antibiotic resistance profiles of P. aeruginosa in a hospital wastewater treatment plant (HWTP) located in Rio de Janeiro city, Brazil. Due its intrinsic multidrug resistance and its ability to colonize several environments, we selected P. aeruginosa isolates as indicator of antimicrobial resistance frequency. (…) Our strategy using metagenomics associated with the isolation of P. aeruginosa strains as bio-indicator allowed us to assess their antimicrobial susceptibility, the viability and diversity of Pseudomonas species in the hospital wastewater. 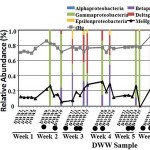 (…) DWW samples from a dental clinic were collected over eight weeks and analyzed for geochemical parameters, tHg, MeHg and bacterio-toxic heavy metals. We employed bacterial fingerprinting and pyrosequencing for microbiome analysis. High concentrations of tHg, MeHg and heavy metals were detected in DWW. The microbiome was dominated by Proteobacteria, Actinobacteria, Bacteroidetes, Chloroflexi and many unclassified bacteria. Significant correlations were found between the bacterial community, Hg levels and geochemical factors including pH and the predicted total amount (not fraction) of neutral Hg-sulfide species. (…)

Occurrence of and Sequence Variation among F-Specific RNA Bacteriophage Subgroups in Feces and Wastewater of Urban and Animal Origins – C. Hartard – Applied and Environmental Microbiology 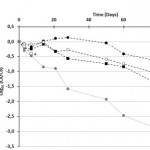 (…) While FRNAPH subgroup I (FRNAPH-I) and FRNAPH-IV are often associated with animal pollution, FRNAPH-II and -III prevail in human wastewater. However, this distribution is not absolute, and variable survival rates in these subgroups lead to misinterpretation of the original distribution. In this context, we studied FRNAPH distribution in urban wastewater and animal feces/wastewater. (…) FRNAPH-II’s low prevalence and low sequence variability in animal stools, combined with specific clusters formed by urban strains, allowed differentiation between urban and animal pollution by using a specific reverse transcription-PCR (RT-PCR) method. (…) 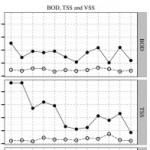 (…) We monitored a municipal secondary wastewater treatment plant (New Orleans, LA) on a monthly basis for norovirus (NoV) GI and GII and enterovirus serotypes using multiplex reverse transcription-quantitative PCR (RT-qPCR) and microbial indicators of fecal contamination using standard plating methods. Densities of indicator bacteria (enterococci, fecal coliforms, and Escherichia coli) did not show monthly or seasonal patterns. Norovirus GII was more abundant than GI and, along with enterovirus serotypes, increased in influent during fall and spring. (…)  Some of the seasonal and temporal patterns we observed in the pathogenic enteric viruses were different from those of epidemiological observations. 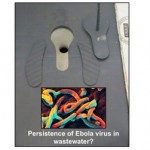 In the wake of the ongoing 2014/2015 Ebola virus outbreak, significant questions regarding the appropriate handling of Ebola virus-contaminated liquid waste remain, including the persistence of Ebola virus in wastewater. To address these uncertainties, we evaluated the persistence of Ebola virus spiked in sterilized domestic sewage. The viral titer decreased approximately 99% within the first test day from an initial viral titer of 106 TCID50 mL—1; however, it could not be determined if this initial rapid decrease was due to aggregation or inactivation of the viral particles. The subsequent viral titer decrease was less rapid, and infectious Ebola virus particles persisted for all 8 days of the test. (…) These data demonstrate a potential exposure route to infectious Ebola virus via wastewater and emphasize the value of a precautionary approach to wastewater handling in an epidemic response. 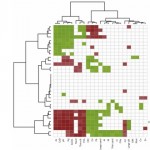 Revegetation of the tailings dumps produced by various industrial activities is necessary to prevent dust storms and erosion and represents a great challenge for ecological restoration. Little is known about the microbial colonisation and community structure of revegetated tailings following site exploitation. Here, we report the sequencing of 16S rRNA and internal transcribed spacer (ITS) fungal RNA gene amplicons from chlor-alkali residue and from an adjacent undisturbed soil to define the composition and assembly of the rhizosphere microbial communities. .(..) Our approach illuminates the importance of studying more than just a single component of the microbial community and represents a step forward in uncovering the microbial ecology of disturbed environments beyond what is generally found in conventional studies. (…) 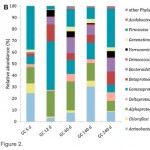 The feasibility of decontaminating creosote-treated wood (CTW) by co-composting with agricultural wastes was investigated using two bulking agents, grass cuttings (GC) and broiler litter (BL), each employed at a 1:1 ratio with the matrix. (…) GC composting was characterized by high microbial biomass growth in the early phases, as suggested by phospholipid fatty acid analyses. Based on the 454-pyrosequencing results, fungi (mostly Saccharomycetales) constituted an important portion of the microbial community, and bacteria were characterized by rapid shifts (from Firmicutes (Bacilli) and Actinobacteria to Proteobacteria). However, during BL composting, larger amounts of prokaryotic and eukaryotic PLFA markers were observed during the cooling and maturation phases, which were dominated by Proteobacteria and fungi belonging to the Ascomycota and those putatively related to the Glomeromycota. (…)