Time for an update with recent papers on the microbes of the built environment. I have many, so I will break them up into two different posts. 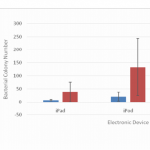 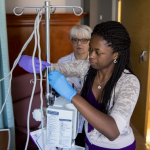 “We’ve known for a long time that copper and other metals are effective in killing microbes, so it wasn’t a great leap to incorporate copper surfaces into hospitals,” said John Lynch, medical director of infection control at Seattle’s Harborview Medical Center, which is redesigning a waste-disposal room to incorporate copper on light switches and door handles.

Many language and scientific issues with this paper (including typo in the title that is still not corrected). Read the comments too. Metagenomic Human Repiratory Air in a Hospital Environment – Yi Yu Lai – PLOS ONE 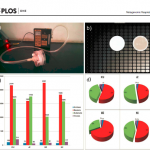 Hospital-acquired infection (HAI) or nosocomial infection is an issue that frequent hospital environment. We believe conventional regulated Petri dish method is insufficient to evaluate HAI. To address this problem, metagenomic sequencing was applied to screen airborne microbes in four rooms of Beijing Hospital. 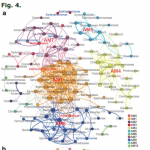 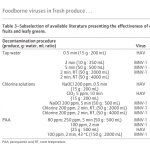 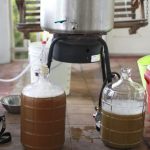 Five minutes talking to Dave Himmelfarb and the conversation has already turned to the enzymatic process of converting long-chain molecules. We’re not in one of the classes the adjunct professor teaches at the University of South Florida St. Petersburg or Eckerd College. We’re in his home on a muggy summer day as he bottles his latest batch of beer, a dry-hop saison brewed right in his Kenwood kitchen.