Here are the papers on the built environment microbiology that I found in the past weeks. For more microbiology papers, please check out my daily blog MicrobiomeDigest. 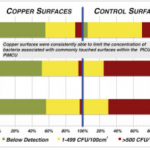 Copper (Cu) is commonly supplemented to soils as a fungicide in phytosanitary treatments although its consequences to the bacterial communities is frequently overlooked. Herein, we report on the influence of temperature and Cu on the microbial communities, namely those of the Phylum Firmicutes, from a soil collected at an olive orchard in S Portugal. Community fingerprints and band identification through sequencing was combined with measurement of SO equation image and NH equation image production at different supplemented amounts of Cu and at moderate and high temperatures (30°C and 50°C, respectively). Both temperature and Cu induced changes in these communities, selecting for specific bacteria.

Surface reflectance degradation by microbial communities – Meng-Dawn Cheng – Journal of Building Physics (not OA; I cannot get access the PDF, and the abstract is hard to read)

Building envelope, such as a roof, is the interface between a building structure and the environment. Understanding of the physics of microbial interactions with the building envelope is limited. In addition to the natural weathering, microorganisms and airborne particulate matter that attach to a cool roof tend to reduce the roof reflectance over time, compromising the energy efficiency advantages of the reflective coating designs. We applied microbial ecology analysis to identify the natural communities present on the exposed coatings and investigated the reduction kinetics of the surface reflectance upon the introduction of a defined mixture of both photoautotrophic and heterotrophic microorganisms representing the natural communities. The findings are (1) reflectance degradation by microbial communities follows a first-order kinetic relationship and (2) more than 50% of degradation from the initial reflectance value can be caused by microbial species alone in much less time than 3â€‰years required by the current standard ENERGY STAR® test methods. 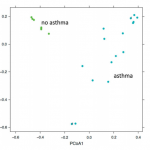 The objective of this study was to characterize the home microbiota of asthmatic children utilizing 16S rRNA-based phylogenetic analysis by microarray. (…) Nineteen homes were included in the analysis (14 asthma and five no asthma). About 1741 operational taxonomic units (OTUs) were found in at least one sample. Bacterial genus richness did not differ in the homes of asthmatics and non-asthmatics. The microbial profile was significantly different between the two groups. (…) These results suggest that home dust has a characteristic microbiota which is disturbed in the homes of asthmatics, resulting in a particular abundance of Cyanobacteria and Proteobacteria. Further investigations are needed which utilize high-throughput technology to further clarify how home microbial exposures influence human health and disease.

How was the bacteria at York Hospital found?- Dylan Segelbaum – York Daily Record 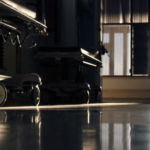 When staff members from the Centers for Disease Control and Prevention arrived at York Hospital in July to investigate several cases of rare, bacterial infections, they already had a theory of how people had gotten them: Devices used during open-heart surgery to heat and cool the blood. (…) The CDC spent almost three weeks doing research at York Hospital, reviewing thousands of lab records and analyzing samples taken from the devices. “This isn’t an outbreak where we have 50 patients in the last month,” said Joseph Perz, an epidemiologist at the CDC who was in contact each day with the team in York. “This takes a lot more, careful analysis to tease it apart.”