An oversight of the new papers that I found covering the intersection of humans, buildings, and microbes. 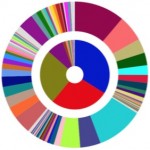 Bacteria in a water-damaged building: associations of actinomycetes and non-tuberculous mycobacteria with respiratory health in occupants – J.-H. Park – Indoor Air 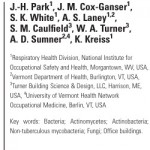 We examined microbial correlates of health outcomes in building occupants with a sarcoidosis cluster and excess asthma. We offered employees a questionnaire and pulmonary function testing and collected floor dust and liquid/sludge from drain tubing traps of heat pumps that were analyzed for various microbial agents. (…) Thermophilic actinomycetes and non-tuberculous mycobacteria may have played a role in the occupants’ respiratory outcomes in this water-damaged building.

Microbes in food and drinking water 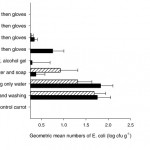 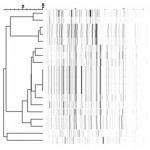 The study of bacterial communities throughout a drinking water treatment plant could provide a basic understanding of the effects of water processing that could then be used to improve the management of such plants. (…) To this end we studied a total of 277 colonies isolated in different seasons and from different points throughout the water treatment process, including: raw water, sand filtration, ultrafiltration, reverse osmosis and chlorination. The colonies were analysed using MALDI—TOF MS by direct deposition of the cells on the plate. The colonies were also biochemically fingerprinted using the PhenePlateâ„¢ system, clustered according to their similarity and a representative strain was selected for 16S rRNA gene sequencing and API® gallery-based identification. 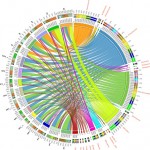 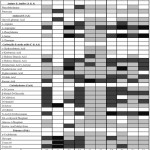 The aim of the study was to determine the potential of community-level physiological profiles (CLPPs) methodology as an assay for characterization of the metabolic diversity of wastewater samples and to link the metabolic diversity patterns to efficiency of select onsite biological wastewater facilities. (…) Principal components analysis (PCA) showed that the diversity and CLPPs of microbial communities depended on the working efficiency of the wastewater treatment technologies. 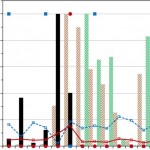 (…) To identify general patterns of microbial responses to multiple stressors in radioactive environments, we analyzed three data sets on: (1) bacteria isolated from soil contaminated by nuclear waste at the Hanford site (USA); (2) fungi isolated from the Chernobyl nuclear-power plant (Ukraine) buildings after the accident; (3) yeast subjected to continuous Î³-irradiation in the laboratory, where radiation dose rate and cell removal rate were independently varied. We applied generalized linear mixed-effects models to describe the first two data sets, whereas the third data set was amenable to mechanistic modeling using differential equations. Machine learning and information-theoretic approaches were used to select the best-supported formalism(s) among biologically-plausible alternatives. (…)

Persistence of F-Specific RNA Coliphages in Surface Waters from a Produce Production Region along the Central Coast of California – Subbarao V. Ravva – PLOS ONE (OA) 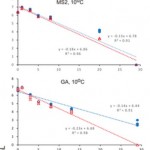 F+ RNA coliphages (FRNA) are used to source-track fecal contamination and as surrogates for enteric pathogen persistence in the environment. However, the environmental persistence of FRNA is not clearly understood and necessitates the evaluation of the survival of prototype and environmental isolates of FRNA representing all four genogroups in surface waters from the central coast of California. (…) While most environmental isolates disappeared rapidly at 25°C and in the absence of the host, members of genogroups GIII and GI persisted longer with the host compared to members of GII and GIV. Consequentially, FRNA based source tracking methods can be used to detect phages from recent fecal contamination along with those that persist longer in the environment as a result of cooler temperatures and increased host presence.