Your weekly update with new papers on the microbiology of the built environment, and the effect of humans on microbial communities in a broader sense. 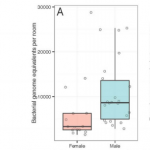 (…) We investigated bacterial and fungal diversity found in airborne dust collected onto heating, ventilation, and air-conditioning (HVAC) air filters and settling plates from 91 rooms within a university dormitory. The sex of the room occupants had the most significant effect on the bacterial communities, while the room occupants had no significant effect on fungal communities. By examining the abundances of bacterial genera, we could predict the sex of room occupants with 79% accuracy, a finding that demonstrates the potential forensic applications of studying indoor air microbiology. We also identified which bacterial taxa were indicators of female and male rooms, and found that those taxa often identified as members of the vaginal microbiome were more common in female-occupied rooms while taxa associated with human skin or the male urogenital microbiota were more common in male-occupied rooms. 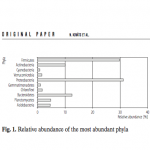 Air quality in the stables is characterized by elevated level of dust and aeroallergens which are supposed to directly cause or exacerbate several respiratory disorders. (…) In a typical, 20-horse Hungarian stable, microbial community of respirable fraction of resuspended dust has been characterized to reveal if these particles convey hazardous pathogenic bacteria, posing risk to either horses or staff. Resuspended dust was sampled using a mobile instrument. (…)  Microbial taxa were identified by culture-independent next generation sequencing (NGS) of variable 16S ribosomal ribonucleic acid (rRNA) gene regions. (…) The sample was dominated by common ubiquitous soil and organic material-dwelling taxa.

Microbes in the city 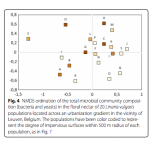 (…) However, at least some microbes are vectored into floral nectar by pollinators, and because urbanization can have a profound impact on pollinator communities and plant-pollinator interactions, it can be expected that it affects nectar microbes as well. To test this hypothesis, we related microbial diversity in floral nectar to the degree of urbanization in the late-flowering plant Linaria vulgaris. (…) Microbial incidence was high and did not change along the investigated urbanization gradient. (which appears to contradict next sentence, EB) The level of urbanization was putatively identified as an important driver of nestedness, suggesting that environmental changes related to urbanization may impact microbial communities in floral nectar of plants growing in urban environments. 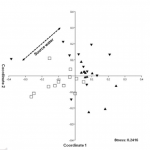 This study examined the development of bacterial biofilms within a metropolitan distribution system. The distribution system is fed with different source water (i.e., groundwater, GW and surface water, SW) and undergoes different treatment processes in separate facilities. The biofilm community was characterized using 16S rRNA gene clone libraries and functional potential analysis, generated from total DNA extracted from coupons in biofilm annular reactors fed with onsite drinking water for up to eighteen months. Differences in the bacterial community structure were observed between GW and SW. (…)  The results suggest that source water and/or the water quality shaped by their respective treatment processes may play an important role in shaping the bacterial communities in the distribution system. In addition, several bacterial groups were present in all samples, suggesting that they are an integral part of the core microbiota of this DWDS. 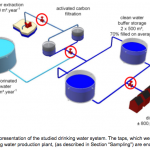 (…) In this study, cultivation-based methods were compared to flow cytometric methods for the study of growth in a local drinking water network. Comparison of flow cytometric cell concentrations indicated growth in several samples, while further data analysis with fingerprinting algorithms showed the different origin of this growth; low similarity between samples with elevated cell counts indicated that growth occurred mainly in the sampled household plumbing installations instead of centrally in the water network. (…) Flow cytometry showed to be more rapid, complete, and accurate than cultivation-based methods for a network growth study. It is proposed as a future useful tool for the fast detection of microbial point contaminations in drinking water networks. 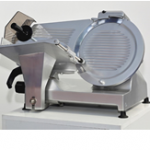 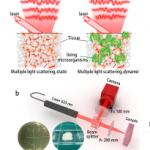 Measuring microorganisms in food products is a critical issue for food safety and human health. Although various approaches for detecting low-levels of microorganisms in food have been developed, they require high-cost, complex equipment, invasive procedures, and skilled technicians which limit their widespread use in the food industry. Here, we present a simple, non-destructive, non-contact, and rapid optical method for measuring living microorganisms in meat products using laser speckle decorrelation. By simply measuring dynamic speckle intensity patterns reflected from samples and analyzing the temporal correlation time, the presence of living microorganisms can be non-invasively detected with high sensitivity. We present proof-of-principle demonstrations for detecting E. coli and B. cereus in chicken breast tissues. 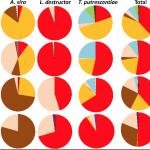 Stored product mites successfully colonize human made habitats. (…) The mites are pests due to the production of allergens. Addition of antibiotics to diets can help to characterize the association between mites and bacteria. Ampicillin, neomycin and streptomycin were added to the diets of mites and the effects on mite population growth (Acarus siro, Lepidoglyphus destructor and Tyrophagus putrescentiae) and associated bacterial community structure were assessed. (…) The work demonstrated the changes of mite associated bacterial community under antibiotic pressure in pests of medical importance. 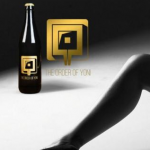 Not sure what to think of this – the marketing is very sexist. It might be an April’s Fools joke (but released a week to soon?). A Poland-based company is crowdfunding to raise money for its latest venture: beer brewed using lactic acid bacteria from the vagina of a Czech model. Warsaw-based The Order of Yoni — “Yoni” being a Sanskrit word for “vagina” — is seeking to raise about $170,000 with an IndieGoGo campaign for Bottled Instinct, a beer brewed using lactic acid bacteria collected from the vagina of Alexandra Brendlova. 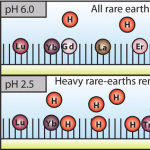 The rare-earth elements are critical to many green energy technologies but are difficult to separate from one another because of their chemical similarity. We demonstrate an alternative, biogenic method based on the adsorption of lanthanide to the bacterium Roseobacter sp. AzwK-3b, immobilized on an assay filter, followed by subsequent desorption as a function of pH. The elution desorption data suggest that the basicity of the individual lanthanides is important in determining their desorption behavior. (…) The findings suggest that there is an opportunity to harness the diversity of bacterial surface chemistry to separate and recover technologically important rare-earth metals in an environmentally benign manner. 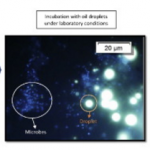 (…) In order to investigate the biodegradation of Macondo oil components during the release, we designed and performed an experiment to evaluate the interactions of the indigenous microbial communities present in the deep waters of the Gulf of Mexico (GOM) with oil droplets of two representative sizes (10 Î¼m and 30 Î¼m median volume diameter) (…)  The responses of the microbial populations also were consistent with what was reported during the actual oil release, e.g. Colwellia, Cycloclasticus and Oceanospirillales (including the specific DWH Oceanospirillales) were present and increased in numbers indicating that they were degrading components of the oil. The consistency of the field and laboratory data indicate that these results could be used, in combination with other field and model data to characterize the dissipation of Macondo oil in the deepwater environment as part of the risk assessment estimations.

Anthropogenic effects on bacterial diversity and function along a riverâ€toâ€estuary gradient in Northwest Greece revealed by metagenomics – A Meziti – Environmental Microbiology ($38 for PDF, $6 to rent) 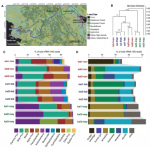 Studies assessing the effects of anthropogenic inputs on the taxonomic and functional diversity of bacterioplankton communities in lotic ecosystems are limited. Here, we applied 16S rRNA gene amplicon and whole-genome shotgun sequencing to examine the microbial diversity in samples from the Kalamas River (Northwest Greece), a mid-size river that runs though agricultural and NATURA-protected areas, but also receives urban sewage from a large city through a manmade ditch. (…) Notably, microbial human gut signals were detectable over background freshwater and soil/runoff related signals, even at tens of kilometers downstream the city. These findings revealed the significance of allochthonous inputs on the composition and dynamics of river bacterial communities, and highlighted the potential of metagenomics for source tracking purposes. 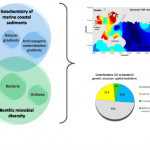 Investigating the impact of human activities on marine coastal ecosystems remains difficult because of the co-occurrence of numerous natural and human-induced gradients. Our aims were (i) to evaluate the links between the chemical environment as a whole and microbial diversity in the benthic compartment, and (ii) to compare the contributions of anthropogenic and natural chemical gradients to microbial diversity shifts. We studied surface sediments from 54 sampling sites in the semi-enclosed Toulon Bay (NW Mediterranean) exposed to high anthropogenic pressure. (…) Bacterial terminal restriction fragment (T-RF) richness correlated strongly with both anthropogenic and natural chemical gradients, whereas archaeal T-RF richness demonstrated fewer links with chemical variables. No significant decrease in diversity was evidenced in relation to chemical contamination, suggesting a high adaptive potential of benthic microbial communities in Toulon Bay. 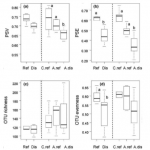 The effects of various land reclamation scenarios on the succession of soil Bacteria, Archaea, and fungi over the short and long term – Junjian Li – Frontiers in Ecology and Evolution (OA) 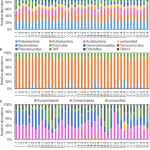 Ecological restoration of mining areas has mainly focused on the succession dynamics of vegetation and the fate of microbial communities remains poorly understood. We examined changes in soil characteristics and plant and microbial communities with increasing reclamation period in an open coal mine. Bacterial, archaeal and fungal communities were assessed by tag-encoded 454 pyrosequencing. (…) Partial regressions and canonical correspondence analysis demonstrated that vegetation played a major role in bacterial and archaeal diversity and assemblies, and soil characteristics, especially nitrogen, were important for fungal diversity and assemblies. Spearman rank correlation indicated that bacterial and archaeal communities showed synergistic succession with plants; whereas, fungal communities showed no such pattern. Overall, our data suggest that there are different drivers of bacterial, archaeal and fungal succession during secondary succession in a reclaimed open mine.

Microbes of the past

The truth about Hannibal’s route across the Alps. How exactly did the Carthaginian general and his elephants reach Italy? Scientists have got their hands dirty to come up with an answer – Philip Ball – The Guardian (Not a science article, but had to include here, OA) 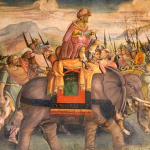 The researchers rolled up their sleeves and dug into the mire. What they found was mud. And more mud. Not very informative, you might think. But mud can encode secrets. Taking an army of tens of thousands, with horses and elephants, over the Alps would have left one heck of a mess. More than two millennia later, Mahaney might have found it. (…) What’s more, this section also contained high levels of DNA found in a type of bacteria called clostridia, which are very common in the gut of horses (and humans). In other words, the layer of disturbed mud is full of crap (perhaps not so different from Glastonbury either). Aside from a passing army, it’s not easy to see where it might have come from — not many mammals live up here, except for a few sheep and some hardy marmots.(…) It’s just a shame, he adds, that “the pot of gold is actually a layer of horse manure”. Evidence of elephants at the site would surely be a smoking gun, since you don’t find many of them wandering wild in the Alps.