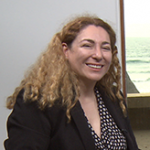 In this One-on-One, Medscape editor-in-chief Eric Topol talks with Jessica Richman about the value of citizen science as well as her company, uBiome, which provides microbiome analyses to consumers and plans to begin providing physician-ordered medical diagnostics in the near future. (…) “What got me interested in citizen science was the idea of taking a step back from that and from how science is done now, and looking at that example of how we can involve the public in science at a broader level. We have 7 million scientists now. What would our world look like if we had 20 million, or 100 million, or 1 billion? “

We aimed to evaluate the presence of virus RNA from epidemic viruses including metapneumovirus, respiratory syncytial virus, influenza viruses, rotavirus (RV) and norovirus on the MPs used by healthcare workers (HCWs) and to relate it to hygiene measures. (…) Virus RNA was detected on 42/109 (38.5%) collected MPs, with RV found on 39, respiratory syncytial virus on three and metapneumovirus on one. The presence of virus RNA was significantly associated with MPs from the paediatric HCWs (p <0.001). MPs routinely used in hospital, even during care, can host virus RNA, especially RV. Promotion of frequent hand hygiene before and after MP use, along with frequent cleaning of MPs, should be encouraged. 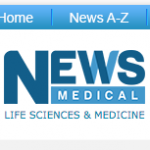 Mobile devices are contaminated by viral RNA due to poor adherence to cleaning protocols, particularly in paediatric settings. In clinical settings, mobile phones benefit patients by placing useful data and information at the fingertips of health professionals during interactions on the ward. But are doctors and nurses unwittingly exposing vulnerable patients to a potential source of infection just by tapping their touch screen? 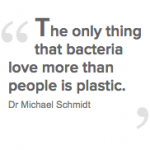 Dr Fujita and colleagues conducted a study to see how many and what types of common bacteria could be transmitted from contaminated gloves to hospital surfaces. (…) “Improving glove use compliance will decrease the risk of healthcare-associated infections. It is also important to establish a basis for a risk assessment and a management approach to each [type of] bacteria,” she said at a briefing here at the American Society for Microbiology (ASM) Microbe 2016. 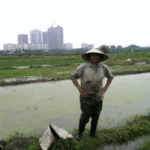 The use of wastewater in agriculture and aquaculture has a long tradition throughout Asia. For example, in Hanoi, it creates important livelihood opportunities for > 500,000 farmers in peri-urban communities. Discharge of domestic effluents pollute the water streams with potential pathogenic organisms posing a public health threat to farmers and consumers of wastewater-fed foodstuff. We determined the effectiveness of Hanoi’s wastewater conveyance system, placing particular emphasis on the quality of wastewater used in agriculture and aquaculture. (…)  This study presents an important example for sanitation safety planning in a rapidly expanding Asian city and can guide public and private entities working towards Sustainable Development Goal target 6.3, that is to improve water quality by reducing pollution, halving the proportion of untreated wastewater and increasing recycling and safe reuse globally. 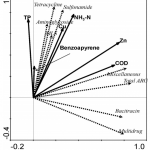 Sulfate reducing prokaryotes (SRPs) and antibiotic resistance genes (ARGs) in sediments could be biomarkers for evaluating the environmental impacts of human activities, although factors governing their distribution are not clear yet. By using metagenomic approach, this study investigated the distributions of SRPs and ARGs in marine sediments collected from 12 different coastal locations of Hong Kong, which exhibited different pollution levels and were classified into two groups based on sediment parameters.(…). In summary, our study provided important hints of the niche differentiation of SRPs and behavior of ARGs in marine coastal sediment. 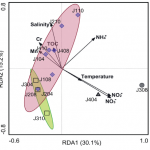 The Jiaolai River is the main source of industrial and irrigation water for its catchment of 3900 km2. Anthropogenic activities have caused heavy pollution of this river, but their impacts on biota have never been evaluated. In this study, molecular techniques were applied to investigate the impacts of environmental pollution on the river. (…) Bacterial communities in the sediment were clearly differentiated by environmental nitrogen pollution, suggesting that nitrogen eutrophication was the main environmental problem influencing the Jiaolai River. 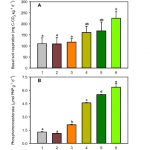 We ascertained the relationship between the zonal pattern and the pasture vegetation of a volcanic soil polluted with dust from a cement factory after 70â€‰years of operation, with parameters linked to soil microbial activity (soil basal respiration and hydrolases) and physical—chemical properties. (…) The soil respiration and hydrolase activities were correlated positively with soil organic matter and plant cover and negatively with soil pH and extractable K concentration. The prolonged exposure to cement dust has resulted in shifts in the soil microbial function, which follows a spatial pattern related to soil alkalization and the decrease in pasture production.

Changes in the microbiota of lamb packaged in a vacuum and in modified atmospheres during chilled storage analysed by high-throughput sequencing – Taojun Wang – Meat Science ($35.95) 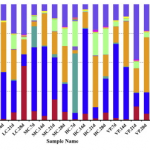 Changes in the microbiota of lamb were investigated under vacuum packaging (VP) and under 20% CO2/80% N2 (LC), 60% CO2/40% N2 (MC), and 100% CO2 (HC) modified atmosphere packaging (MAP) during chilled storage. Viable counts were monitored, and the total microbial communities were assessed by high-throughput sequencing.(…) The HC atmosphere inhibited microbial growth and delayed changes in the microbial community composition, extending the lamb’s shelf life by approximately 7 days compared with the VP atmosphere. Lamb packaged in the VP atmosphere had a more desirable colour but a higher weight loss than lamb packaged in the MAP atmospheres. 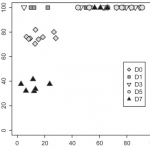 (…) We investigated richness and function in fermenting wine, and found that richness indirectly affects ecosystem function by altering the ecological dominance of Saccharomyces cerevisiae. While S. cerevisiae generally dominates fermentations, it cannot dominate extremely species-rich communities, probably because antagonistic species prevent it from growing. It is also diluted from species-poor communities, allowing yeasts with lower functional impacts to dominate. We further investigated the impacts of S. cerevisiae and its competitors in high- and low-functioning wine communities, focusing on glucose consumption as an ecosystem function. S. cerevisiae is a keystone species because its presence converts low-functioning communities to communities with the same function as S. cerevisiae monocultures. Thus, even within the same ecosystem, species richness has both positive and negative effects on function.