Microbes in the city 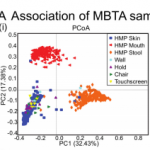 Public transit systems are ideal for studying the urban microbiome and interindividual community transfer. In this study, we used 16S amplicon and shotgun metagenomic sequencing to profile microbial communities on multiple transit surfaces across train lines and stations in the Boston metropolitan transit system. The greatest determinant of microbial community structure was the transit surface type. In contrast, little variation was observed between geographically distinct train lines and stations serving different demographics. (…). Our results suggest that microbial communities on transit surfaces are maintained from a metapopulation of human skin commensals and environmental generalists, with enrichments corresponding to local interactions with the human body and environmental exposures.

Commentary: Avoiding Pandemic Fears in the Subway and Conquering the Platypus – A. Gonzalez – mSystems  (OA) 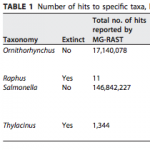 (…) A widely reported metagenomic study of the New York subway suggested that the pathogens Yersinia pestis and Bacillus anthracis were part of the “normal subway microbiome.” In their article in mSystems, Hsu and collaborators (…) showed that microbial communities on transit surfaces in the Boston subway system are maintained from a metapopulation of human skin commensals and environmental generalists and that reanalysis of the New York subway data with appropriate methods did not detect the pathogens. We note that commonly used software pipelines can produce results that lack prima facie validity (e.g., reporting widespread distribution of notorious endemic species such as the platypus or the presence of pathogens) but that appropriate use of inclusion and exclusion sets can avoid this issue. 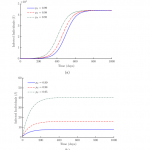 (…) The prevalence of MRSA within the general public has caused outbreaks in groups of people in close quarters such as military barracks, gyms, daycare centres and correctional facilities. (…) Using a simplified hotspot model ignoring disease dynamics within the correctional facility, as well as two metapopulation models, we demonstrate that outbreaks in correctional facilities can be driven by community dynamics even when spread between inmates is restricted. We also show that disease dynamics within the correctional facility and their effect on the outlying community may be ignored due to the smaller size of the incarcerated population. This will allow construction of simpler models that consider the effects of many MRSA hotspots interacting with the general community. It is suspected that the cumulative effects of hotspots for MRSA would have a stronger feedback effect in other community settings. 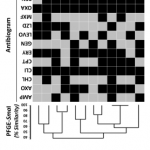 Microbes in drinking and irrigation water 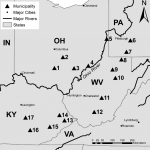 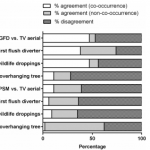 Avian and possum fecal droppings may negatively impact roof-harvested rainwater (RHRW) water quality due to the presence of zoonotic pathogens. This study was aimed at evaluating the performance characteristics of a possum feces-associated (PSM) marker by screening 210 fecal and wastewater samples from possums (n = 20) and a range of nonpossum hosts (n = 190) in Southeast Queensland, Australia. (…). The results of this study suggest the presence of fecal contamination in tank water samples from avian and possum hosts. This study has established an association between the degradation of microbial tank water quality and avian and possum feces. Based on the results, we recommend disinfection of tank water, especially for tanks designated for potable use. 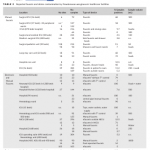 Pseudomonas aeruginosa is an opportunistic bacterial pathogen that is widely occurring in the environment and is recognized for its capacity to form or join biofilms. The present review consolidates current knowledge on P. aeruginosa ecology and its implication in healthcare facilities premise plumbing.  (…) As a result from the review, recommendations for proactive control measures of water contamination by P. aeruginosa are presented. A better understanding of the ecology of P. aeruginosa and key influencing factors in premise plumbing are essential to identify culprit areas and implement effective control measures. 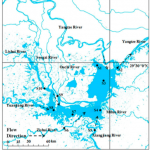 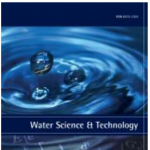 River pollution is one of the most challenging environmental issues, whereas the effect of river pollution levels on the biofilm communities has not been well-studied. Spatial and temporal distribution characteristics of environmental parameters and the biofilm communities were investigated in the Qinhuai River Basin, Nanjing, China. (…)  This study may provide a theoretical basis for the water pollution control and ecological restoration in urban rivers under different pollution levels.

Status of metal pollution in rivers flowing through urban settlements at Pune and its effect on resident microflora – Neelu Nawani – Biologia ($42!) 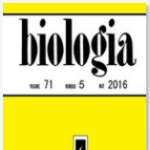 This study illustrates the sporadic distribution of metals in fluvial systems flowing from catchments to urban settlements. This is a detailed study prognosticating the deteriorating quality of rivers at specific locations due to metal pollution. (…) Prokaryote diversity was less in polluted water and it harboured metal tolerant bacteria, which were isolated from these polluted sites. (…) This stress response offered remedial measures as Streptomyces were effective in biosorption of cadmium, nickel and lead and Stenotrophomonas and Pseudomonas were effective in the bioaccumulation of lead and cadmium. Eighty-nine mg of lead and 106 mg of nickel could be adsorbed on one gram of Streptomyces biomass-based biosorbent. Such biological remedies can be further explored to remove metals from polluted sites and from metal contaminated industrial or waste waters. 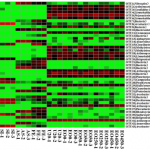 The presence of pathogenic bacteria and the dissemination of antibiotic resistance genes (ARGs) may pose big risks to the rivers that receive the effluent from municipal wastewater treatment plants (WWTPs). In this study, we investigated the changes of bacterial community and ARGs along treatment processes of one WWTP, and examined the effects of the effluent discharge on the bacterial community and ARGs in the receiving river. (…) The results showed that the WWTP had good removal efficiency on potential pathogenic bacteria (especially Arcobacter butzleri) and ARGs. Moreover, the bacterial communities of downstream and upstream of the river showed no significant difference. However, the increase in the abundance of potential pathogens and ARGs at effluent outfall was observed, indicating that WWTP effluent might contribute to the dissemination of potential pathogenic bacteria and ARGs in the receiving river.