Skip to content
home Miscellaneous “Hygiene is primarily about ridding the body of bacteria” — Err. No.

Part of our ongoing mission is to get people to look beyond pathogens, to consider the microbiome as a whole (indoors or human), and to not assume all microbes are evil.

I was particularly struck yesterday by an article on a “water-less shower” product being hyped on SmartPlanet.  Especially this quote:

“Though some of you might argue that even when using the gel a person would technically still be dirty because the sweat and residue isn´t washed away, the important thing to remember is that hygiene is primarily about riding [sic] the body of bacteria.”

Actually, not at all.  Ridding the body of bacteria is not the point of hygiene and would actually be a terrible idea.  It’s become increasingly clear over the last decade that human-associated bacteria are critical to everything from digestion, to the development of our immune system, to the prevention of disease.

However, popular perception of microbes has lagged significantly beyond scientific understanding of this issue.  Changing that is one of the biggest challenges faced by microbiology. 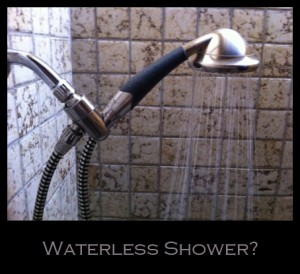