The Sloan Foundation has just announced funding for another two projects, we’ll be posting details here.

The first project is called the “Hospital Microbiome Study” and will be managed by Jack Gilbert (University of Chicago) and Captain Benjamin Kirkup at the Walter Reed Army Institute of Research.  Check out the project website here. 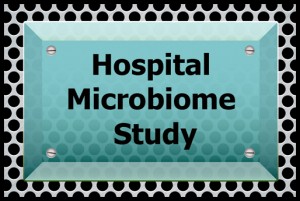 The Hospital Microbiome Project represents a consortium of researchers interested in exploring the development and distribution potential of microbial communities in the hospital environment. The consortium is led by Jack Gilbert at the University of Chicago (http://pondside.uchicago.edu/ecol-evol/people/gilbert.html) and Captain Benjamin Kirkup at the Walter Reed Army Institute of Research (http://wrair-www.army.mil), and focuses on the analysis of a new hospital building in Chicago, and an operating room of a medical treatment facility in Germany. The study was developed from a Sloan-funded workshop held at University of Chicago in June 2012.  The workshop was designed to help focus the research potential for hospital studies of microbial ecology, bringing together medical doctors, infectious disease epidemiologists, building scientists, modelers, microbial ecologists, virologists, and statisticians. The findings from this workshop are the focus of a Workshop Report, in review at Standards in Genomic Science, and an Institute of Medicine report on sampling strategies for hospital microbiome studies.

The strategy and associated information regarding the consortium study is present on the www.hospitalmicrobiome.com website. Briefly, the proposed sampling design will test four hypotheses concerning the microbial interaction of multiple populations with the hospital infrastructure, and develop possible recommendations for best practice in reducing hospital acquired infections. In Chicago, 12,392 samples will be collected using sterile swabs from patients, staff, rooms, common areas, water, and air filters from 52 or 365 time points prior to and following the official opening of the new hospital. Absolute microbial abundance (plate counts and qPCR) and antibiotic resistance microarrays will be combined with relative taxonomic abundance via amplicon sequencing (16S/18S/ITS). Microbial measurements will also be paired with building science measurements, detailed room characterization, and reports of human activity. Building science measurements will include temperature, relative humidity, ventilation rates, water activity of surfaces, illumination levels, and human occupancy. Room characteristics and activity reporting will include surface characterizations (e.g., area of porous vs. non-porous materials) and documented cleaning activities and procedures. In Germany, one ICU room will be targeted over 16 time points, with 100 samples collected per time for a total of 1,600 samples. The four hypotheses to be tested are: