Another one of the Sloan-funded projects from the RFP held this year is being managed by James Scott from the University of Toronto.  It’s entitled “To design improved testing methods for common building materials”.  The Co-PIs on the project are Eric Savory 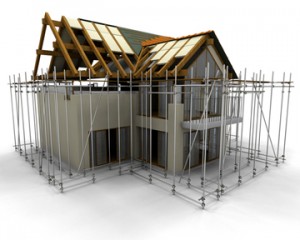 State of the art culture-independent methods have tremendous potential
to advance our understanding of many gaps in evidence in building
science. One such area relates to the standard tests of building
materials for resistance to microbial attack. Annually in North
America, billions of dollars of construction materials are selected
and their uses specified based on performance in standard tests, yet
stunningly, there is no evidence to support that these tests predict
actual performance. Despite the widespread use of standardized test
procedures to benchmark the resistance of building materials to
microbial attack, they poorly predict real-world performance. This
incongruity arises mainly as a consequence of design flaws in the
testing procedures themselves, notably inappropriate test
microorganisms and unrealistic inoculation and incubation conditions.

Our project defines the microbiota of five common building materials
(gypsum wallboard, oriented strand board, plywood, glass insulation
and dimensional lumber) using a combination of next generation
sequencing and conventional culture and microscopy. Specimens will be
obtained both cool-climate field collections and developed
experimentally in the Insurance Research Laboratory for Better Housing at Western University. Using this information, we will tailor sets of taxa for
use in bideterioration resistance testing, with the goal of designing
improved, more relevant testing methods.