Well, the meningitis outbreak tied to steroid injections gets scarier and scarier by the day: Poor Sanitation Found at Pharmacy Linked to Meningitis Outbreak – NYTimes.com.  One of the latest pieces of news is that the pharmacy that was “compounding” the steroids for injection appears to have been a “microbiology of the built environment” nightmare.  Some key pieces of detail from this NY Times story:

“A federal inspection … found greenish-yellow residue on sterilization equipment, surfaces coated with levels of mold and bacteria that exceeded the company’s own environmental limits, and an air-conditioner that was shut off nightly despite the importance of controlling temperature and humidity.”

“… 83 out of 321 vials … contained “greenish black foreign matter” and another 17 vials had “white filamentous material.”

“… surfaces in the clean rooms contaminated with either bacteria or mold exceeding the levels at which the company’s own procedures called for remedial measures. In some cases, there were so many bacteria or fungi in a sample that the whole testing dish was overrun with a so-called overgrowth.”

All of this to me is yet another reason why we need to know more about the microbial ecology in buildings.  Although clearly one solution to the problems described here is to be more careful and cleaner, it is also possible that better design of buildings where drugs are produced to reduce some of the contamination risks. 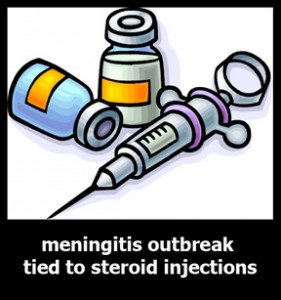