Not 100% sure what the main reason for this story is but I guess it is useful: Legionella Not Just Found In Hospitals, Some Homes Infected « CBS Pittsburgh.  In my discussions with people about Legionella there is definitely an opinion out there that it is something that happens in big buildings – offices and hospitals and the like.  So probably not a bad idea to remind people that Legionella can be found elsewhere. 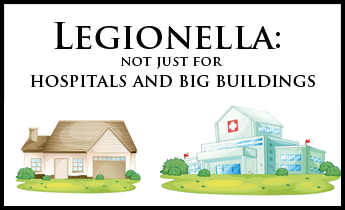 4 thoughts on “Legionella – not just for hospitals/big buildings”