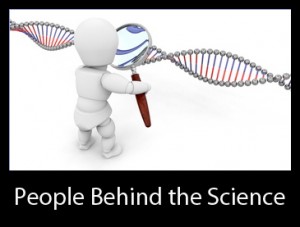 Next in our “People Behind the Science” video series we have an interview with Greg Caporaso from Northern Arizona University.   Here he’s talking about his new Sloan-funded project on “Office Surface Microbiomes Across Climates”.

Question: How did you become interested in microbiology of the built environment?

Greg: I first became interested in studying the built environment because, relative to some of the other environments I have worked in, it is relatively stable and it is very easily accessible. We can work on studies in our offices and homes and we don’t necessarily need to be going out in the field to be collecting things like longtime series data. It is easier to get started and there are also a lot of really important questions. Specifically the types of things I am interested in are how are communities that establish in the built environment affecting human health, and ultimately can we make predictions about whether a community is going to establish that effects human health or accelerates the rate of building degradation.

Question: Can you tell us about the project that you just received funding through the Sloan Foundation?

Greg: This is a study to look at microbial succession in the built environment. At this point, we know that communities that establish indoors can affect things like human health and building rates of degradation. But we don’t have a good idea about what different factors are contributing to what communities are establishing indoors. In this study we will be looking at the affect of surface material, climate and then various other environmental metadata and parameters that are affecting the succession of microbial communities. So the idea is that we will start in three different cities: Flagstaff, Arizona, which is where I am, San Diego, and Toronto. What we will do is identify three different offices in three different buildings in each of these cities, and we will install in each of these offices, three different surface materials. We will install carpet tile, ceiling tile and fiberboard. It will be your classic IKEA desk surface material. We will make some attempts to clean these materials in the beginning the same way to make an attempt at sterilizing them so we get to the point where they are all coming from the same starting condition. We install these and then monitor them over the course of about a year. In four 6-week blocks over the period of a year we will do regular sampling. So somewhere in the order of two days to eight days we will collect the sample from each of these surfaces. At the same time we will be collecting environmental metadata; outdoor environmental metadata such as temperature, relative humidity; indoor environmental metadata such as room temperature, light intensity, and activity in the room using motion sensors. We will also be looking at some micro environmental parameters such as water activity and proximity of objects or people to these materials. We will do this by installing motion sensors with each of these materials that have a very small range so they are only detecting things very close. Over the period of a year, we will have four of these six-week sampling periods. At the end we will be able to look at which of these factors were affecting what communities that are establishing over time and additionally, whether climate seems to play a role. Are materials that were installed in the same city more similar to each other in their succession patterns than materials that were installed in different cities?

Question: And you are doing some cool bioinformatics comparison as well with subsampling the communities after?

Greg: Yes. We are at the point right now where these studies are getting a lot more accessible. The cost of sequencing is going down and the bioinformatics techniques are becoming a lot more advanced and becoming a lot more accessible. With the introduction of things like easily accessible cloud computing, and even computing resources are getting pretty accessible. So, we are moving to a really exciting period where we will be able to do things like routine monitoring of buildings to develop things like early warning systems of communities that might have a negative impact on human health or on building health. So, one of the key questions is, how often do we need to be sampling to detect what might be shifts in the community towards an unhealthy community? So what we will do in our first 6-week sampling period, we are going to collect very dense time series data. We are going to sample every two days from nine different sites in each office included in this study. What we will be able to do with that information is sequence right away on the Illumina MiSeq, which is the bench top sequencer for Illumina. We will sequence all these samples right away and what we will do, which one of the main goals of this study, is determine if we can develop predictive models. Can we make predictions about the abundance of, just for simplicity, one specific taxa based on environmental data, or other taxa that are present in the environment?  We can develop our model using all of the data, dense time series data and then we can subsample from that. So rather than using data from every two days, we can use data for every four days or every six days and see what effect that has on our ability to develop predictive models. Using that we can then figure out the right balance of accuracy of our methodology and our models versus the cost of sequencing. So, obviously the every two day time series is more expensive than to do it every four days. So if doing it every two days doesn’t buy us a lot in terms of accuracy, then we know that maybe it is ok to go with sampling every four days.

Questions: What is one big scientific question now in the built environment research community?

Greg: The big one I am thinking about is the one that is driving this project. What factors are contributing to the establishment of communities in the built environment? Is it things like outdoor temperature, indoor light availability and so on? Or do none of those things matter and the only thing that matters is the cleaning schedule in the building and so on? I think that’s one of the big questions in my mind is what factors are affecting what communities are establishing?