Mouldering city built of bread is a metaphor for Earth without humans – bit.ly/19vEkjT striking

So I followed the lead to this: Mouldering city built of bread is a metaphor for Earth without humans – Boing Boing. And from there sniffed around a bit on the web to find a few more detailed posts (e.g., see this one) about this cool art project from Johanna Martensson.

Basically, Martensson built a model of a city out of bread and then left the model out and photographed it as the bread got overgrown by molds and other organisms.  If this doesn’t get you to think about the interaction between microbes and buildings what will? 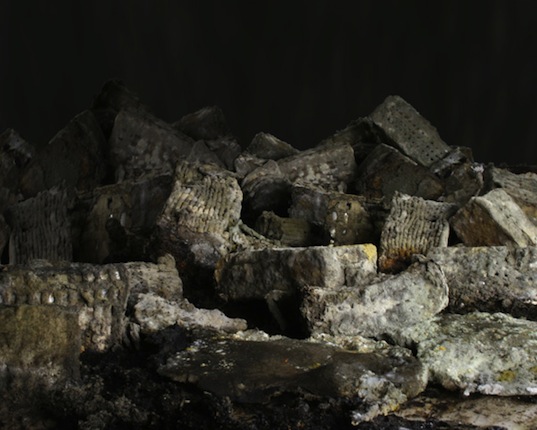