Interesting new paper out from the J. Craig Venter Institute.  The paper is in PNAS: Candidate phylum TM6 genome recovered from a hospital sink biofilm provides genomic insights into this uncultivated phylum.  Thankfully it was published under the PNAS Open Access option so anyone / everyone has access to the paper.  In the paper the authors describe how they obtained a sketch of the genome of cells from this phylum.

They did this by basically taking samples from a hospital sink and did  (where they knew this organism might be found), then sorted the cells into small pools of just a few cells, and then did “Whole Genome Amplification” of the DNA from those pools of cells.  They used a semi-custom apparatus for this: 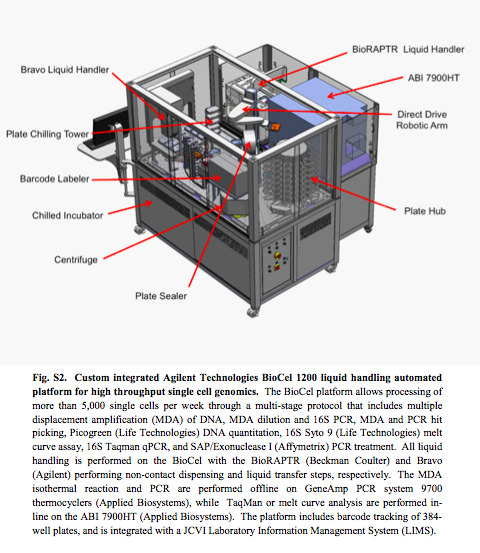 From this they then did rRNA sequencing to determine what kind(s) of organisms were in each pool (see their Figure 1 below). 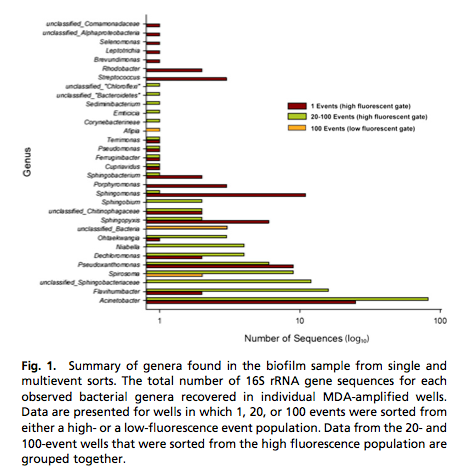 And then they determined which pool contained representatives of TM6.

Finally, they did metagenomic sequencing from these TM6 containing pools and assembled together a “genome” of TM6 (though it is important to note this is in essence a composite genome from multiple cells that may or may not be particularly closely related). 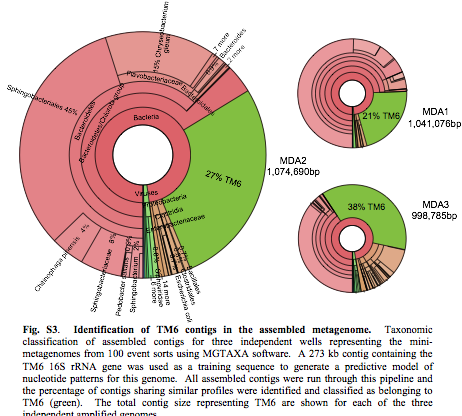 They obtained in total 1.07 Mb worth of genome sequence and then did a series of analyses of this as though it was from a single genome. 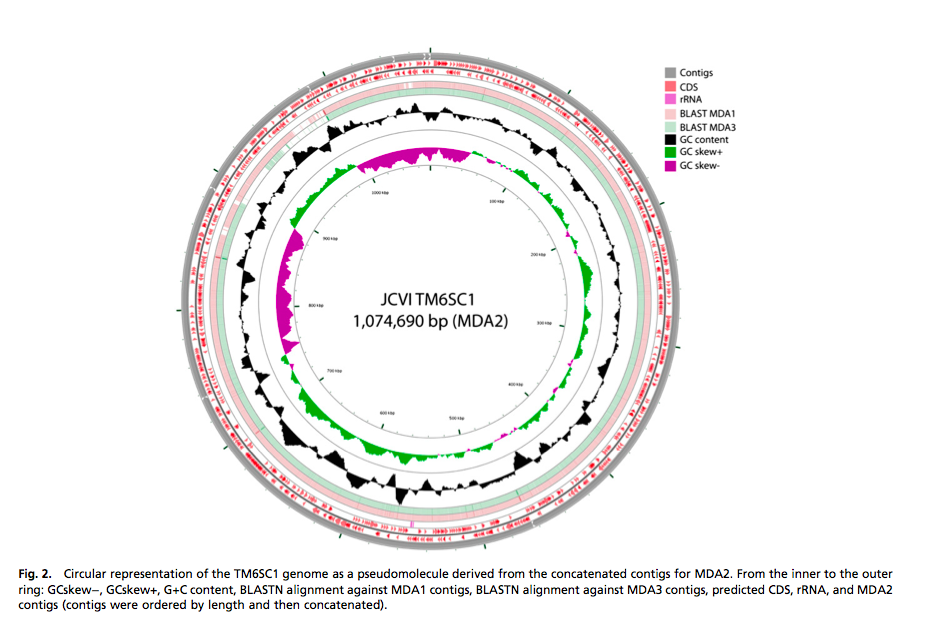 Based on some aspects of the genome they hypothesize that the TM6 representative in their sample may be a non free living symbiont found in association with another organism (their TM6 is predicted to be missing many functions that one might expect to find in a free living organism – like amino acid synthesis). 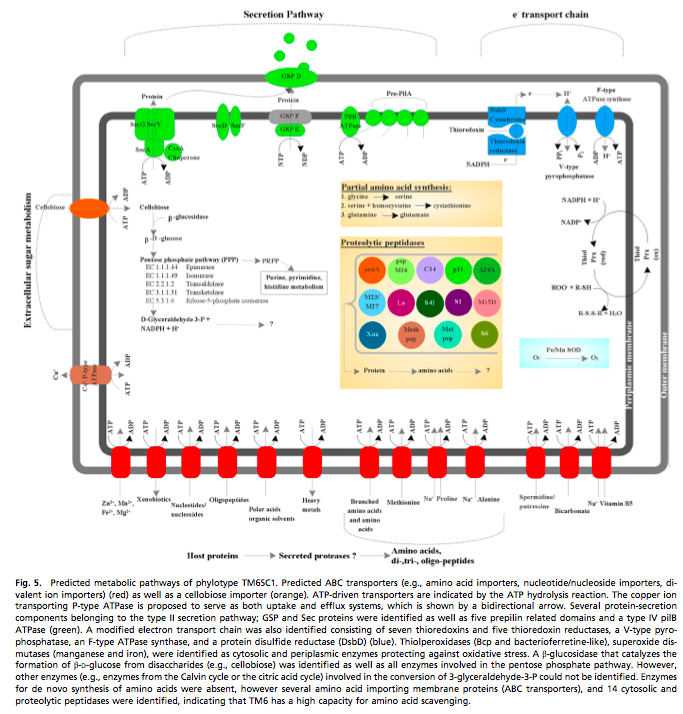 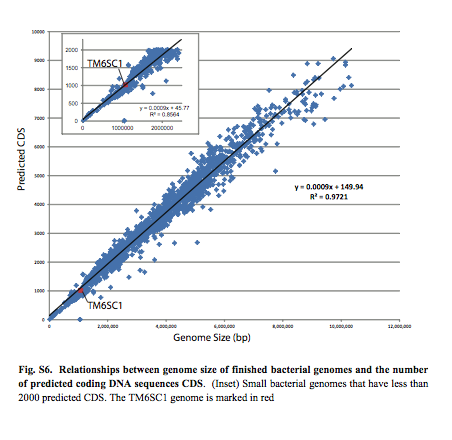 They also did a series of phylogenetic analysis of the TM6 and some of the other data.  Some of the figures from the paper on this include those below: 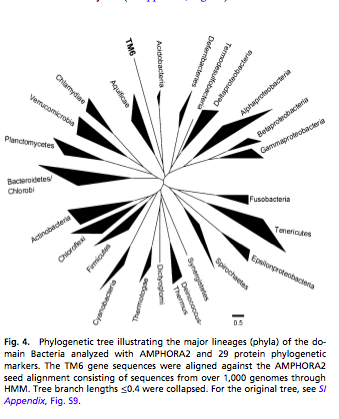 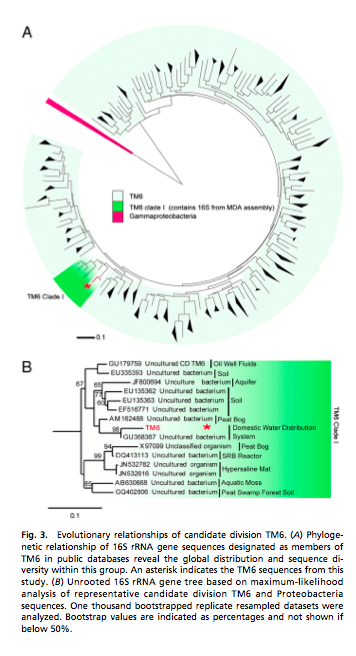 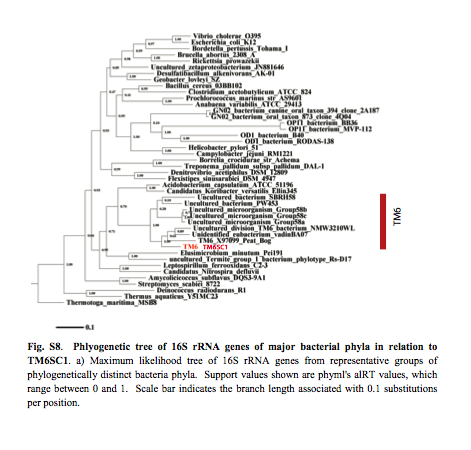 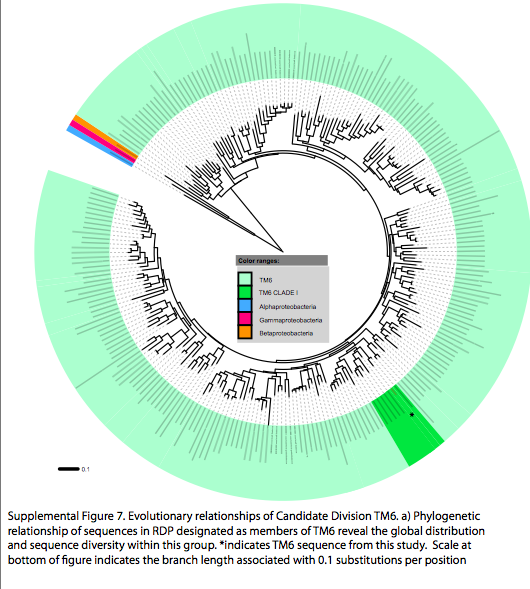 Anyway – it is an interesting paper and worth a look.  Note – the work was supported by a grant from the Alfred P. Sloan Foundation as part of the Microbiology of the Built Environment program.