Just thought I would write up a quick post on a session at the Infectious Disease Week meeting in San Francisco that I was part of.  The session was entitled “Media, Social Media, and Open Access: Communicating the Science of Infectious Disease” and it featured three talks:

I took the train in the morning from Davis to get there (train to Emeryville, then bus to SF and then walk of about a mile to the Moscone Center).  I got there about 2 hours before my talk and thought (erroneously) that I could grab a coffee and something to eat and sit down somewhere and do some work.  Strangely, the only food areas that were open at the Convention Center were in the display floor area and the lines were really really long.  So I ended up just sitting sans coffee and food for a bit.

I had been pondering whether or not to go slide-free for my talk but for reasons I am not entirely sure of anymore decided to use slides (I had been working on slides on the train but had not decided whether to use them).  So I went to the Speaker Ready room and exported my Keynote presentation to powerpoint since they did not support Keynote (by the way – WTF – this is San Francisco).  I transferred the slides to a thumb drive and the AV person there copied them to their system and told me I could check out the slides on computer #9 behind me.  So I went to check them out and of course the transfer to PPT screwed many things up.  I then spent 30 minutes exporting images to TIFF since their PC based PPT could not recognize some of my Apple-based images.  Finally things got worked out – copied the slides over again as instructed – and I headed over to the room where the session would be – still with some 45 minutes to go before it started.  And as I walked in the AV person there was scrolling through my slides and – they were messed up.  Uggh.  So I went back to the Speaker Ready Room and got them to actually update the slides that I had saved on computer #9.  And then BACK to the room where the session was to be.  A few people were there and slowly it started to fill up.  The other speakers showed up as did Eli Perencevich – the organizer of the session as did his co-chair of the session.  We all chatted for a bit and then the session began. 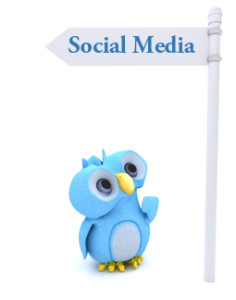 Fortunately there were many people live tweeting the session (including me) and the best way to get an idea of what people talked about is from the tweets.  I made a “Storification” of the chatter which I am posting below.  Overall, it was a good session, though I wish my talk had been a bit smoother – after my talk I discovered my blood sugar had been very low during it (I have type I diabetes) – damn those long lines for food.  But I think people still got something out of my presentation (as the Tweets about it seemed to catch the general spirit of what I wanted to convey).  Anyway – I think the storify is worth looking at …

5 thoughts on “Media, Social Media and Open Science – a summary of #IDWeek session”