The latest papers on microbiome of buildings and other objects used by humans. Today, we have microbiomes of water reservoirs and plumbing pipes, Brazilian money notes, an Italian cheese factory, and a brewery. For more microbiome papers from other sources (both human-associated or environmental), check out my daily blog MicrobiomeDigest.com. 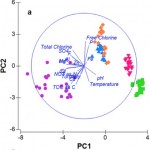 To examine its composition and the factors that shape it, standardized cold water plumbing rigs were deployed at the treatment plant and in the distribution system of five water utilities across the U.S. (…) High throughput Illumina sequencing of 16S rRNA gene amplicons was employed to profile and compare the resident bulk water bacteria and archaea. The utility, location of the pipe rig, pipe material and stagnation all had a significant influence on the plumbing microbiome composition, but the utility source water and treatment practices were dominant factors. (…) Data were examined across utilities to identify a true universal core, special core, and peripheral organisms to deepen insight into the physical and chemical factors that shape the building plumbing microbiome.

Effects of Seasonal Thermal Stratification on the Functional Diversity and Composition of the Microbial Community in a Drinking Water Reservoir – Xiao Yang, Tinglin Huang, and Haihan Zhang – Water (Open Access) 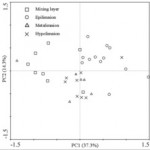 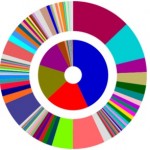 In this study, we aimed to investigate the overall bacterial population from 150 different Brazilian Rial (R$) notes in circulation using a culture-independent Illumina massively parallel sequencing approach of the 16S rRNA genes. Samples were randomly collected from three different street markets or “feiras” in the metropolitan region of SÃ£o Paulo. Taxonomical composition revealed the abundance of Proteobacteria phyla, followed by Firmicutes and Streptophyta, with a total of 1193 bacterial families and 3310 bacterial genera. Most of these bacterial genera are of human, animal, and environmental origins. 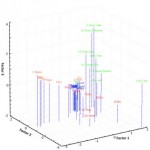 This study was aimed at establishing the relationships between house, rind and core microbiotas of cheese varieties manufactured at the same industrial dairy plant. Caciotta and Caciocavallo Pugliese cheeses were chosen as model systems. Mesophilic lactobacilli, cocci and, especially, thermophilic cocci were the most abundant cultivable bacteria found on equipment, which were located in the production area. According to cell counts, catabolic profiles of microbial communities deriving from equipment, and cheese core and rind differed. As shown by 16S rRNA targeted metagenomics, Streptococcus thermophilus dominated the communities from knife surface, brine tank, curds and core cheeses as well as it was the main colonizing bacterium from drain table, rinds and ripening room of Caciocavallo Pugliese cheeses. (…) 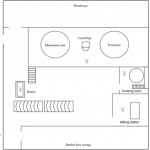 The aim of this research study was to track beer spoilage lactic acid bacteria (LAB) inside a brewery and during the craft beer production process. To that end, indoor air and work surface samples, collected in the brewery under study, together with commercial active dry yeasts, exhausted yeasts, yeast pellet (obtained after mature beer centrifugation), and spoiled beers were analyzed through culture-dependent methods and PCR-DGGE in order to identify the contaminant LAB species and the source of contamination. Lactobacillus brevis was detected in a spoiled beer and in a commercial active dry yeast. Other LAB species and bacteria ascribed to Staphylococcus sp., Enterobaceriaceae, and Acetobacter sp. were found in the brewery. (…) 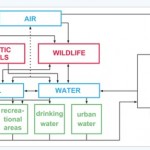 To establish a possible role for the natural environment in the transmission of clinically relevant AMR bacteria to humans, a literature review was conducted to systematically collect and categorize evidence for human exposure to extended-spectrum Î²-lactamase-producing Enterobacteriaceae, methicillin-resistant Staphylococcus aureus, and vancomycin-resistant Enterococcus spp. in the environment. In total, 239 datasets adhered to inclusion criteria. AMR bacteria were detected at exposure-relevant sites (35/38), including recreational areas, drinking water, ambient air, and shellfish, and in fresh produce. (…)  The abundance of AMR bacteria at exposure-relevant sites suggests risk for human exposure. (…)  To what extent the environment, compared to the clinical and veterinary domains, contributes to human exposure needs to be quantified.