Skip to content
home .Featured, Antimicrobials and Resistance, Scholarly Literature (Journals, Books, Reports) Hospital acquired infections – the good news and the super news (but not super in a good way)Â

There are a bunch of stories starting to come out based on some press and paper releases from the CDC yesterday. One that seems well done is this from CIDRAP: CDC notes progress, threat regarding hospital superbugs | CIDRAP.

Today’s CDC report focused on the six most concerning antibiotic-resistant bacteria and found better progress against them in short-term healthcare settings.

Basically, there is some good news and some bad news.

Ok so #3 of those above is not so much good news, but it is maybe neutral.  But then the bad news

But then the bad news:

I don’t know about you but this does not overwhelm me as a plan since, well, who knows if people will follow this.  Fortunately, the CDC got some $160 million extra related to the  National Action Plan for Combating Antibiotic-resistant Bacteria. And with this money they plan to:

Oh, and they made some nice infographics about the topic: 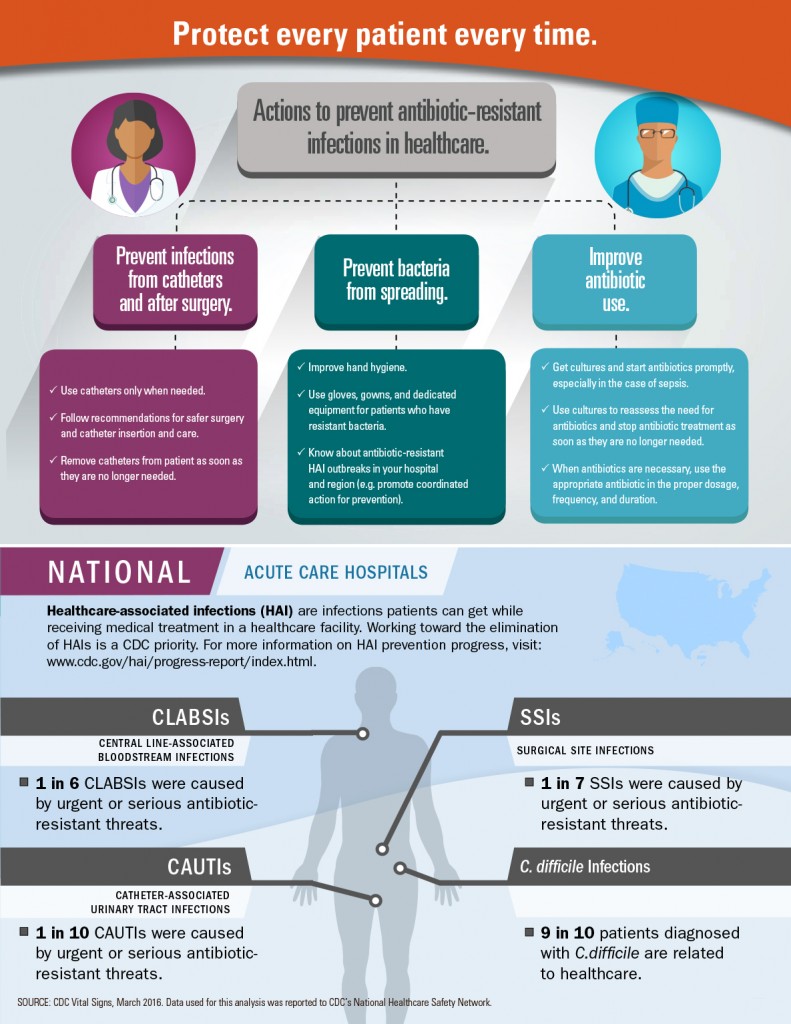 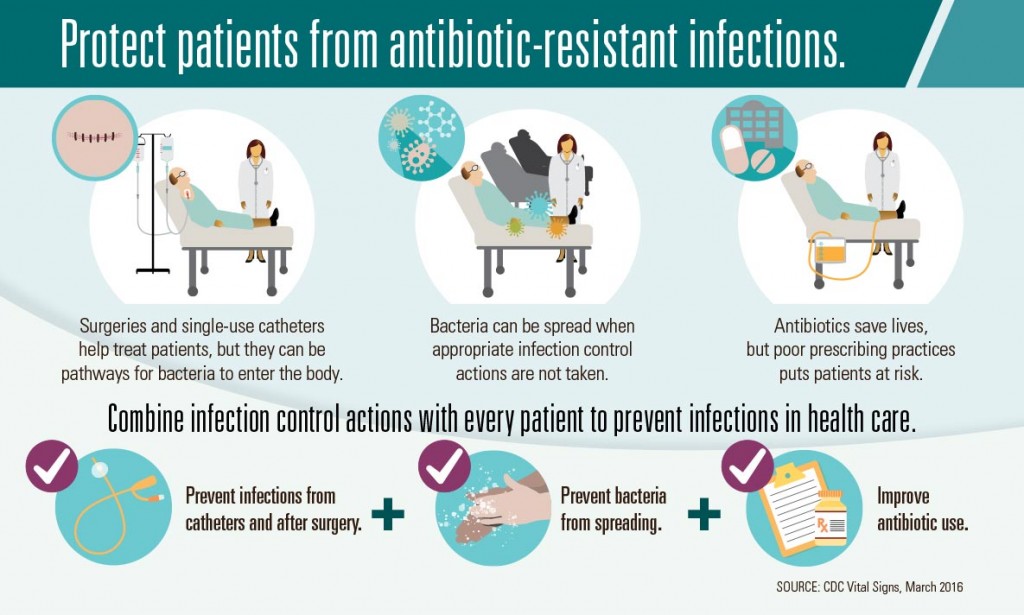 Some more coverage of the CDC releases

On any given day, 1 in 25 hospital patients has at least one healthcare-associated infection that they did not come in with. #VitalSigns

Of 18 #antibiotic-resistant bacteria identified as health threats in 2013 by CDC, nearly half cause healthcare-associated infections.

Links to the CDC releases

Other Material from CDC