They report in the abstract:

The resulting data revealed a Mycobacterium-like population, closely related to M. rhodesiae and M. tusciae, to be the predominant taxon in all five samples, and its nearly complete draft genome was recovered. In contrast, the fraction recovered by culture was mostly affiliated to Proteobacteria, such as members of the genera Sphingomonas, Blastomonas, and Porphyrobacter. The biofilm community harbored genes related to disinfectant tolerance (2.34% of the total annotated proteins), and a lower abundance of virulence determinants related to colonization and evasion of the host immune system. Additionally, genes potentially conferring resistance to beta-lactam, aminoglycoside, amphenicol, and quinolone antibiotics were detected. Collectively, our results underscore the need to understand the microbiome of DW biofilms using metagenomic approaches. This information could lead to more robust management practices that minimize risks associated with exposure to opportunistic pathogens in hospitals.

A summary of what they did is below:

Here is the figure on taxonomic composition of their samples 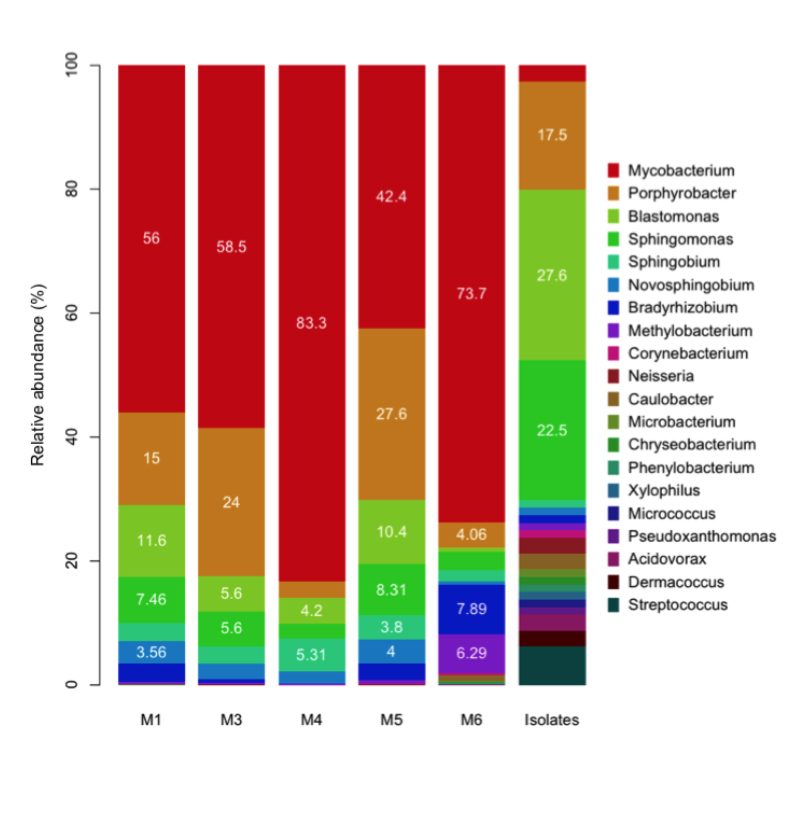 Anyway – the paper may be of interest to those out there looking at the microbiology of water systems in the built environment.  I think the paper should be viewed as very preliminary and they do not have any information about health risks or even correlations to health risks, but the data may be useful for designing or interpreting future such studies.