Skip to content
home Miscellaneous Worth a look: An Introduction to Social Media for Scientists

At microBEnet one of our goals has been to experiment with various forms of social media and to see if / how it can be useful in general to the field of “microbiology of the Built Environment.”  For those interested in such things, as well as for anyone interesting in the interface between social media and science, I would recommend you check out this paper PLOS Biology: An Introduction to Social Media for Scientists. By Holly Bik (who is a post doc in my lab and who works on the microBEnet project) and Miriam Goldstein it has many useful bits of information, pointers, and advice. 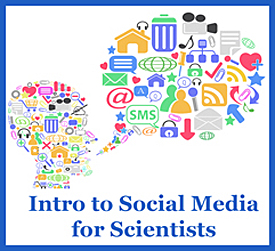 13 thoughts on “Worth a look: An Introduction to Social Media for Scientists”