Having been camped out in Portland, OR this week to speak at the 2014 Joint Aquatic Sciences Meeting, I woke up this morning to find a “boil water alert” had been issued for the entire city. Repeated testing over the last few days has found fecal contamination (E. coli) in the city’s reservoirs. So that means a lockdown on drinking water from the taps – restaurants have not been serving us glasses of water, the water bottle fill stations are shut off all over the airport, and it’s generally been making conference traveling even more inconvenient. More detail on this story from The Oregonian:

The bacteria indicate that the water was contaminated with fecal matter, either from animals or humans.

“We don’t know what is in the fecal matter,” said Kari Salis, regional manager of drinking water services for the Oregon Health Authority. “But you don’t want to consume it because it’s likely to have infectious organisms in it.”

The first positive test results came in on Wednesday from sampling Tuesday of water from Mount Tabor Reservoir No. 1. That test was positive for total coliform, which are organisms that indicate contamination. E. coli, another indicator, also turned up.

The presence of total coliform is a red flag, Salis said, and E. coli indicates feces.

But the state did not order a boil water alert because Oregon’s drinking water rules require repeat sampling to confirm contamination, Salis said.

On Wednesday, the city retested the No. 1 reservoir and also sampled water for the first time from a station farther downstream at Southeast Second Avenue and Salmon.

Those results, which take 18 hours to process, came back on Thursday.

Nothing turned up in the second test on the No. 1 reservoir but both total coliform and E. coli were in the water from the sampling station, indicating a problem downstream.

The city and state then did more tests on Thursday, sampling water from Mount Tabor’s No. 5 reservoir and the sampling station. The results came back Friday.

The second test of the sampling station was negative for bacterial contamination. But E. coli and total coliform turned up in the No. 5 reservoir.

“We feel that the presence of E. coli in three days indicates a health risk,” Salis said. “That’s why we asked them to boil the water.” 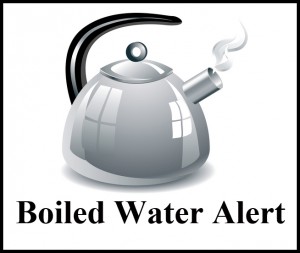