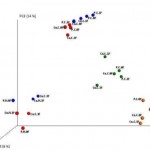 Next-generation sequencing of 16S ribosomal RNA genes (rDNA) and ribosomal RNA (rRNA) was used to characterize water and biofilm microbiome collected from a drinking water distribution system of an office building after its first year of operation. (…) Microbial communities differed between water and biofilms, between cold and hot water systems, locations in the building and between water rRNA and rDNA libraries, as shown by clear clusters in principal component analysis (PcoA). By using the rRNA method, we found that not all bacterial community members were active (e.g. Legionella spp.) while other members showed increased activity in some locations; e.g. Pseudomonas spp. in hot water circulations’ biofilm and order Rhizobiales and Limnohabitans spp. in stagnated locations’ water and biofilm. (…) rRNA-based methods may be better than rDNA-based methods for evaluating human health implications as rRNA methods can be used to describe the active bacterial fraction. This study indicates that copper as a pipeline material might have an adverse impact on the occurrence of Mycobacterium spp. The activity of Legionella spp. maybe questionable when detected solely by using DNA-based methods. 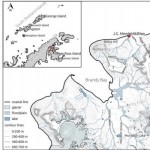 We studied dynamic changes in anthropogenic bacterial communities at a summer-operated Czech research base (the Mendel Research Station) in the Antarctic during 2012 and 2013. We observed an increase in total numbers of detected bacteria between the beginning and the end of each stay in the Antarctic. (…) 16S rRNA sequencing showed high rates of accordance between nucleotide sequences among the tested strains. Three conclusions were drawn: (1) Number of anthropogenic bacteria were able to survive the harsh conditions of the Antarctic winter (inside and outside the polar station). Under certain circumstances (e.g. impaired immunity), the surviving bacteria might pose a health risk to the participants of future expeditions or to other visitors to the base. (2) The bacteria released into the outer environment might have impacts on local ecosystems. (3) New characteristics (e.g. resistance to antibiotics) may be introduced into local bacterial communities. 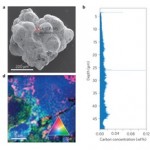 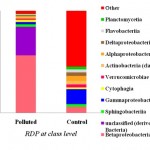 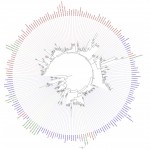 There are many reports of ancient DNA from bacteria of the Mycobacterium tuberculosis complex (MTBC) being present in skeletons with and without osteological indications of tuberculosis. A possible complication in these studies is that extracts might also contain DNA from the microbiome of the individual whose remains are being analysed and/or from environmental bacteria that have colonised the skeleton after death. These contaminants might include ‘mycobacteria other than tuberculosis’ (MOTT), which are common in the environment, but which are not normally associated with clinical cases of tuberculosis. In this paper we show that MOTT of various types, as well as bacteria of related genera, are present in most if not all archaeological remains.(…) Our results also illustrate the challenges faced when assembling MTBC genome sequences from ancient DNA samples, as misidentification of MOTT sequence reads as MTBC would lead to errors in the assembly. Identifying such errors would be particularly difficult, if not impossible, if the MOTT DNA content is greater than that of the authentic MTBC. The difficulty in identifying and excluding MOTT sequences is exacerbated by the fact that many MOTT are still uncharacterized and hence their sequence features are unknown.