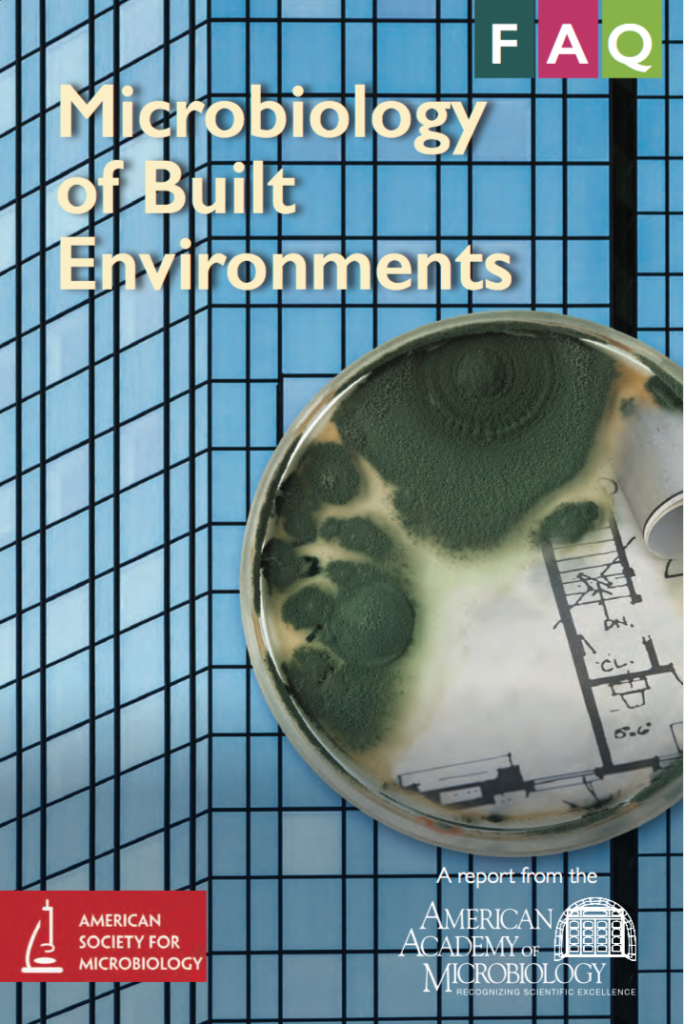 There is a report out from the American Academy of Microbiology that is based on the “Microbiology of the Built Environment” colloquium they hosted in September 2015.  The report summary is below:

Built environments are the structures that humans create to shelter from the outdoors and provide spaces for living, working, playing, and getting places. Along with humans, pets, pests, and house plants, built environments house a range of microbes. Preliminary studies indicate that indoor spaces have distinct microbial communities, influenced by building materials, ventilation and airflow, moisture, and human and animal activity. The Academy convened a colloquium in September 2015 to examine the role of complex microbial ecosystems found in built environments, including their effects on building chemistry and human health. Studying the microbiology of built environments can change the ways we design, build, operate, occupy, and clean our indoor spaces.

The report is available as a PDF here.

Definitely worth a look 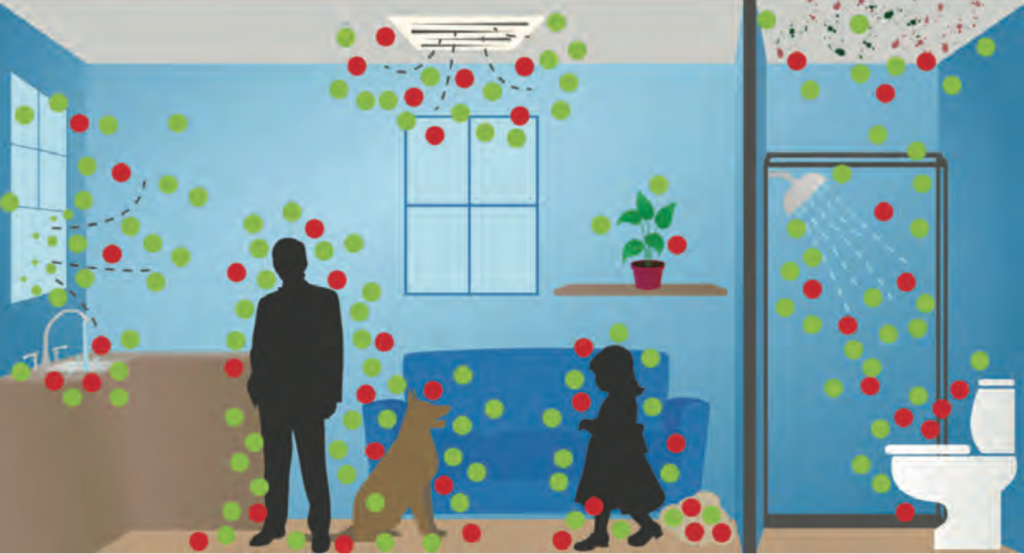 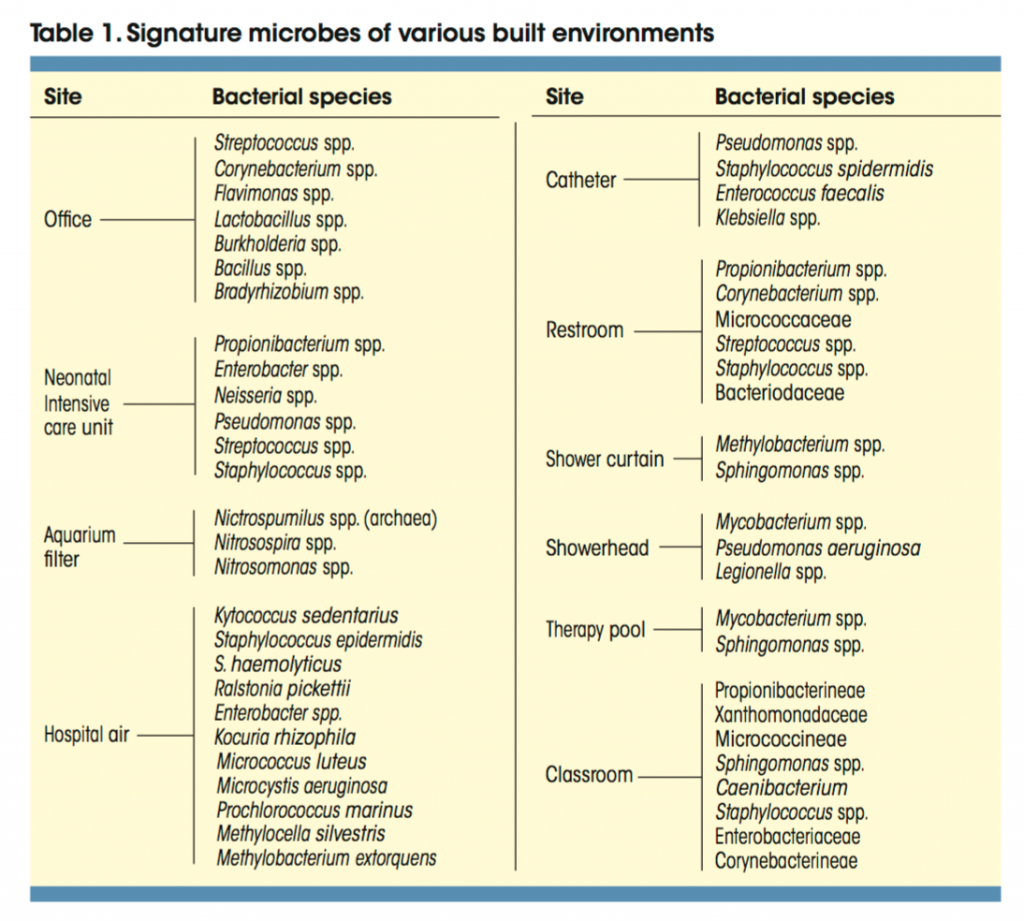 Scientists can build Internet platforms to share re- search ndings, protocols, ideas, presentation mate- rials, and data. The microBEnet, a project funded by the Alfred P. Sloan Foundation and run out of the lab of Jonathan Eisen at the University of California, Davis, is a particularly useful resource. Users have access to blogs, simple guides, and social media groups, and they can share slides and videos on the microbiology of the built environment (www.microbe.net).