Recent papers on microbes of the built environment.

Prevalence of Staphylococcus aureus from nares and hands on healthcare professionals in a Portuguese Hospital – Ana Castro – Journal of Applied Microbiology ($6 to rent, $38 to own) 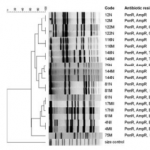 The main goal was to estimate the prevalence of methicillin-resistant S. aureus on hands and in nose of healthcare professionals. Detection of S. aureus on hands or in the nose of 169 individuals was performed. Nasal and hand carriage was found in 39.6% and in 8.9%, respectively. 17.2% of the individuals were carriers of MRSA in the nose and 4.7% on hands. (…) MRSA nasal carriage was high considering healthy healthcare professionals but in accordance with high level of MRSA infection in Portugal. Isolates recovered in this study seemed to be different from major clones previously isolated in other Portuguese hospitals.

Comparison of rates of fecal colonization with extended-spectrum beta-lactamase-producing enterobacteria among patients in different wards, outpatients and medical students – Fatemeh Ebrahimi – Microbiology and Immunology ($6 to rent, $38 to own) 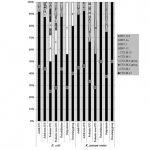 Because asymptomatic carriage of extended-spectrum beta-lactamase (ESBL) producers is a risk factor for infection, data on colonization dynamics are important when planning infection control. This study investigated fecal colonization with ESBL producers among inpatients, outpatients and medical students and compares the characteristics of ESBL producers among these groups. Carriage rates were investigated in 5581 fecal samples; 4343 from inpatients (330, 1397, 619 and 1864 from adult ICUs [intensive care units], adult non-ICUs, pediatric ICUs and pediatric non-ICUs, respectively), 814 from outpatients and 424 from screening of medical students. (…)  The epidemiology of colonization with ESBL producers differed between pediatric ICU, adult ICU and adult non-ICU patients. In adults, carriage of ESBL producers seems to be the consequence of infection, especially in ICU patients; the main source of colonization is nosocomial acquisition. In contrast, children are less likely to acquire colonizer strains in hospitals; importation of ESBL producers by colonized children seems to be significant. 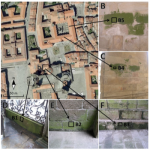 Microbes on the farm

Carriage of meticillin-resistant staphylococci between humans and animals on a small farm – Igor Loncaric – Veterinary Dermatology ($6 to rent, $38 to own) 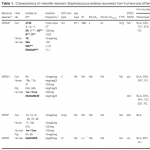 (…) The aim of this study was to screen animals and humans on a small farm for nasal carriage of MRS and to assess interspecies exchange. After detection of MRSA in a lung sample of a deceased cat, which lived on a small mixed farm, nasal swabs were taken within two weeks, four and 16 months from other animals of various species and humans living on the farm. Swabs were cultured for MRS which were then characterized molecularly. MRSA and meticillin-resistant coagulase negative staphylococci (MRCoNS), including Staphylococcus haemolyticus, S. epidermidis and S. fleurettii, were isolated from humans and different animal species. Typing of the MRS revealed isolates with the same characteristics in different human and animal hosts. To the best of the authors’ knowledge, this is the first report of carriage of both MRSA and MRCoNS among humans and various animals within a shared environment. The detection of strains with indistinguishable molecular characteristics strongly suggested transmission of these MRS between the various animal species and humans.

The microbiological quality of pasteurized milk sold by automatic vending machines – A.S. Angelidis – Letters in Applied Microbiology ($6 to rent, $38 to own) 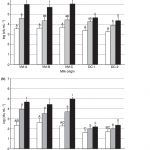 The microbiological quality of pasteurized milk samples (n = 39) collected during 13 weekly intervals from three automatic vending machines (AVM) in Greece was investigated. Microbiological counts (total aerobic (TAC), total psychrotrophic (TPC), Enterobacteriaceae (EC), and psychrotrophic aerobic bacterial spore counts (PABSC)) were obtained at the time of sampling and at the end of shelf-life (3 days) after storage of the samples at 4 or 8°C. (…) From a microbiological standpoint, the data indicate that the AVM milk samples meet the quality standards of pasteurized milk. However, the prepackaged, retail milk samples yielded better results in terms of TAC, TPC and EC, compared to the AVM samples at the end of shelf-life. 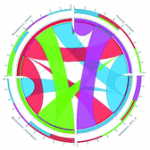 Many US water utilities using chloramine as their secondary disinfectant have experienced nitrification episodes that detrimentally impact water quality in their distribution systems. A semi-closed pipe-loop chloraminated drinking water distribution system (DWDS) simulator was used to evaluate the biological stability of the system and describe the response of microbial communities in the bulk water (BW) and biofilm (BF) phase to a disturbance caused by changes in the operational parameters. (…). These results provide evidence of variations in the bulk water/biofilm microbial community structure during episodes of disturbance (e.g., disinfectant switching practices, nitrification) and its recovery after disturbance. 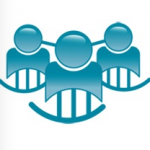 Drinking water process operations focus on physical removal, chemical/UV light inactivation, or starvation through nutrient removal as the primary means of microbial control. Yet, every liter of regulation compliant drinking water contains millions of phylogenetically diverse microbial cells. This microbial community is not always a reflection of inadequate treatment or water supply contamination. Rather, it is likely a result of the ability of specific microorganisms to persist inspite/because of selective pressures imposed on them by engineering interventions. Through an extended spatial-temporal survey using 16S rRNA gene amplicon sequencing data at a representative drinking water system, we demonstrate that treatment processes impose strong selective pressures on microbial communities introduced into it from the source waters. (…) Through a comparative analyses of the metabolic potential of these draft genomes, we have identified a likely link between nitrogen starvation and disinfection resistance — which could have important process implications for microbial control in drinking water systems.

Marine plastic debris has become a significant concern in ocean ecosystems worldwide. Little is known, however, about its influence on microbial community structure and function. In 2008, we surveyed microbial communities and metabolic activities in seawater and on plastic on an oceanographic expedition through the “great Pacific garbage patch.” (…)  Scanning electron microscopy and metagenomic sequencing of plastic-attached communities revealed the dominance of a few metazoan taxa and a diverse assemblage of photoautotrophic and heterotrophic protists and bacteria. (…) In aggregate, our findings suggest that plastic debris forms a habitat for complex microbial assemblages that have lifestyles, metabolic pathways, and biogeochemical activities that are distinct from those of free-living planktonic microbial communities. 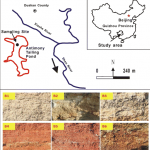 To assess the impact of antimony (Sb) on microbial community structure, 12 samples were taken from an Sb tailings pile in Guizhou Province, Southwest China. All 12 samples exhibited elevated Sb concentrations, but the mobile and bioaccessible fractions were small in comparison to total Sb concentrations. Besides the geochemical analyses, microbial communities inhabiting the tailing samples were characterized to investigate the interplay between the microorganisms and environmental factors in mine tailings. In all samples, Proteobacteria and Actinobacteria were the most dominant phyla. (…) Canonical correspondence analysis (CCA) indicates that TOC and the sulfate to sulfide ratio strongly shaped the microbial communities, suggesting the influence of the environmental factors in the indigenous microbial communities.